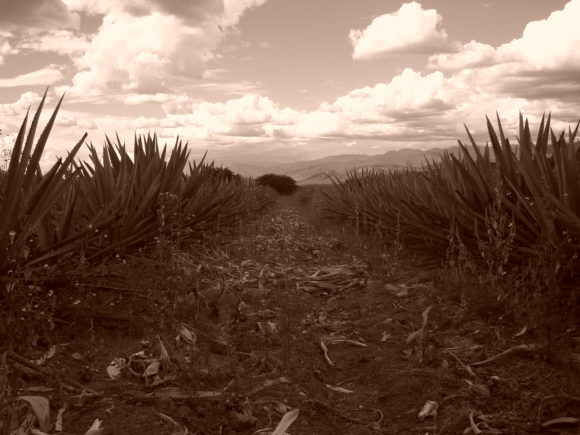 That is the way I introduce mezcal to bartenders who have a limited knowledge of what is considered the oldest spirit of the Americas.

When talking about mezcal it usually involves dispelling a few myths (no, it does not make you hallucinate and, no, the worm is not compulsory), while encouraging exploration of the smoky agave flavor which can be utilized as a base, bridging liquor/modifier, or even a float to provide complexity and depth and create some amazing cocktails. In order to communicate a clearer understanding of the variety of styles of mezcals that are available, and to illuminate what can be information overload, of course a tasting session is in order. This allows us to weave the information imparted into something tangible as we taste through the three ages of mezcal: joven, reposado and añejo (the same expressions as tequila’s 100% blue agave blanco, reposado and añejo). Teaching about mezcal is part history lesson, part liquor study, and all about bringing people into the fold of a spirit of complexity, tradition and a road less traveled. 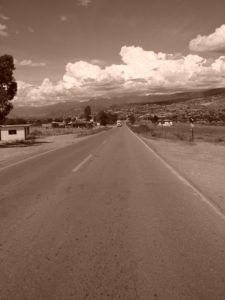 The road to tequila is easy; it’s one of those spirits that everyone already understands. Their familiarity with tequila seems evenly accredited to the fact that it is the base spirit for one of the most ordered drinks in the USA – the margarita – and, for some; it’s the fuel from nights they would rather forget. Whilst tequila has grown into one of the most recognized and consumed liquors on the planet. Mezcal production has remained small, artisanal, hand-made and elusive, with the process of its production remaining unchanged for centuries. What few know is that tequila is actually a type of mezcal.

Mezcal has a long and storied history that stretches from the Aztecs to the tax man. The spirit traces its roots back to the fermented agave drink consumed by the Aztecs called Pulque, which is made from the fermented sap of the agave plant. Initially a drink of the higher social classes, consumption by the general public was only allowed on certain feast days. Then, with the coming of the Spanish to Mexico, so too came their distillation techniques and mezcal enjoyment became more widespread.

Having learned how to distill the baked agave, and thus creating mezcal wines, the Spanish and Mexicans were now able to drink a fortified spirit. The Spanish crown soon realized that there was revenue to be claimed from the sale of these vinos de mezcal and issued licenses to certain families; namely the Cuervo and Sauza families. Hence, mezcal production throughout many parts of Mexico where licenses weren’t held became illegal (ilegal if you will). 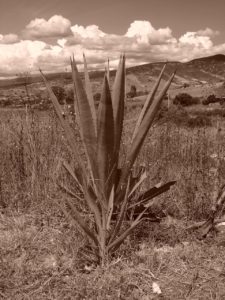 No longer produced in an illegal fashion, tequila and mezcal, like many other spirits, now have unique laws governing their ingredients, production processes and final product composition by oversight bodies; the CRT (for tequila) and COMERCAM (for mezcal). The CRT insists that tequila only be produced from the blue agave, whereas mezcal can be made from any of the over 140 species of agave. Mezcal now like tequila, champagne and other regional specific produce, also has a DO (Denomination of Origin).

Though there are guidelines given, the small scale nature of mezcal production and the concept of mezcal wines continue to this day. Each vintage, or production will be different as these small mezcaleros (aka producers/artisans) and companies do not have the volume of production to blend out all the differences. And besides, it also goes against the nature of the product and life lived in Oaxaca. This is the joy of mezcal – that with a source that takes anywhere from 8 to 12 years to mature, there will always be environmental factors that are uncontrollable. Double distillation is more than enough as it allows for the nuances and characteristics to remain; those undefinables that make mezcal the fine sipping liquor and great cocktail ingredient that it is. 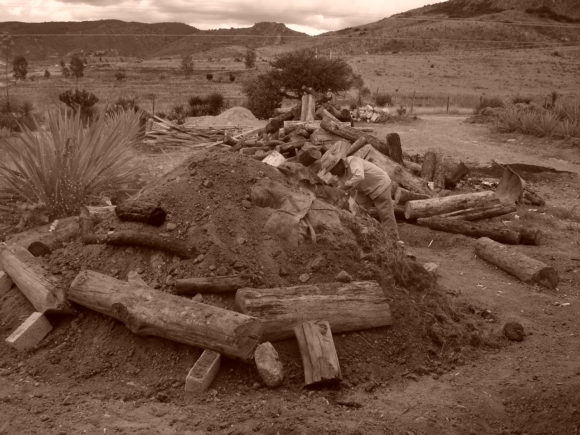 Mezcal and its unique process and lifestyle goes against the grain of over blending and making a consistent and predictable product. Mezcal is representative of the mezcaleros, the palenques and pueblos where it has been made for hundreds of years.

Mezcal is much more than just a drink. It is a story, a heritage and lifestyle all captured in a sip. It is smoke and shadows, adventure and the quickening of the heart. It is that glimpse you missed in the corner of your eye, the whisper that draws you on. Though you may be able to return to that place, it will never be the same; different and equally beautiful but never like that first time.

Brief Summary of the Production Process: 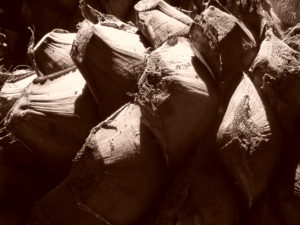 The piñas, the remnants of the agave plant once the leaves have been trimmed are cooked in large rock-lined conical pits in the ground (think clam bake or Polynesian pit ovens but bigger). Burning charcoal, is placed at the bottom of the pit and covered by rocks. The piñas are piled to 3–4 feet above ground level, then covered with banana leaves, used fiber from the last distillation process, or agave leaves, then petate (palm fiber mats), and finally the earth from the exhumed hole. The piñas are cooked in the pit for generally three to five days. The cooked piñas absorb flavors from the earth and burning wood.

After the cooking, the piñas are then placed in a tahona, a ring of stone or concrete where a large stone wheel attached to a post in the middle is pulled around by horse, donkey or mule, crushing the now cooked agave into smaller more fibrous pieces. 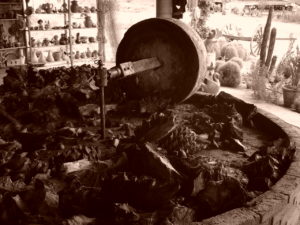 The mash (tepache) is then placed in large wooden vats and water is added to the mix. The tepache is then left to naturally ferment for four to thirty days with the interaction of only airborne microbes.

Mezcal ages quite rapidly in comparison to other spirits; the joven is ready straight away, reposado from two months to 11 months and 31 days, and anejo once the mezcal has been aged for a minimum of one year. 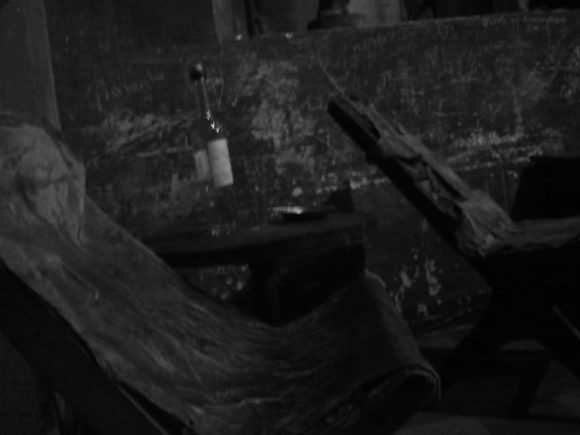