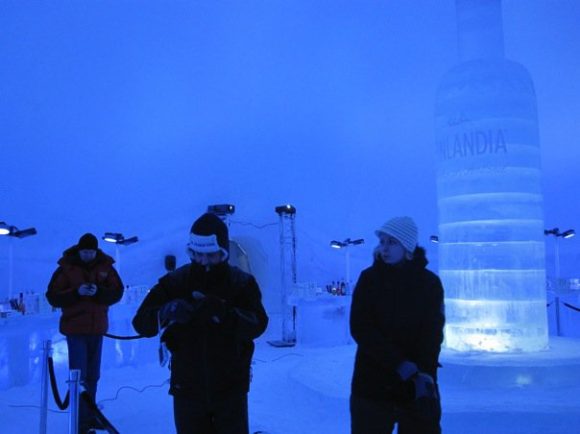 Our boots made soft crunching noises as we headed for the entrance to a hotel made entirely of ice and snow. Bound together in small clusters, we had spent the previous night partying as a group in a normal hotel on the top of a ski slope in Kittilä, a tiny town in the Lapland territory of Finland. Considered part of the Arctic Circle, this remote segment of the planet receives some of civilization’s most brutal temperatures – and each winter, some of bartending’s most noteworthy. Someone playfully offered me the Union Jack British flag to wave. I smirked and replied, “Not on your life. I’m part of Team America bitches.”

The International Finlandia Vodka Cup has been going on for 12 years, enticing contestants from all over the world to enter, without so much as a dime in prize money; the lure is bragging rights and a trip to one of the world’s most remote destinations. Set in early February – this year it took place on the 2nd – the competition is held in a snow dome constructed off an ice hotel, where each competitor comes face-to-face with things that cannot be bested from mixology skills alone. Questions of how long it takes for your hands to begin to cramp in -15 degree temperatures while holding a tin of ice. At what point simple syrup freezes and how – with only ten minutes remaining – you can move it from bottle to cocktail shaker. Of what the judges want in terms of flavors when there are 31 of the best bartenders in the world competing from 31 separate nations.

After a rowdy three rounds – aperitif, long drink and quick mix (Iron Chef style) – I was able to warm up over a hot cup of coffee with Patricia Richards, mixologist for The Wynn and Encore in Las Vegas and the American competitor for 2010, who proudly took 4th overall. 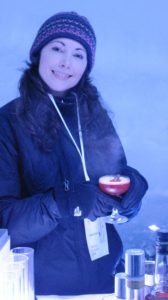 JA: When did you first become interested in the Finlandia World Cup?
PR: Well, you have to be selected to even enter. It’s based on Brown-Forman’s Finlandia markets, and they choose a bartender from each country. I sent in my resume and all of my background, along with two Finlandia Vodka drinks. Those are the ones that each of us then had to make for the actual competition. It was a tremendous experience. I’ve never done anything like this before.

JA: What did you do to prepare before leaving Las Vegas?
PR: I began working on my drinks several months in advance. They were two I was playing with already, The Forest Berry Cooler and the Nirvana Sour. Then there’s the matter of clothes. We have an REI store in Vegas. You have to have great cold weather boots, a thin wicking layer that repeals sweat and gloves that you can work in.

JA: I noticed you had a bit of a challenge in the glove department?
PR: Yeah, I couldn’t work in mine without being clumsy, so I took them off. I was really worried after the aperitif round because my hands were cramping. But I borrowed someone’s hand warmers and wore gloves between rounds.

JA: Were there other challenges you encountered?
PR: The biggest challenge was that my bottle of Darbo Elderflower syrup broke on the flight over. For this competition, you can’t source much in Finland. You have to pack everything from home. I thought about packing 3-ounce extras of that syrup at the last minute, but didn’t do it. In retrospect, you always have to overdo it. I had to improvise by borrowing someone’s extra St. Germain, and it cost me my strongest drink.
You also have 20 to 25 percent dilution in normal circumstances, but in the below freezing temperatures in the snow dome, there is no dilution in the shaker. You have a shorter pour. I made enough for six cocktails in each round, and it sufficed for five.
Your garnishes freeze, my sliced strawberries stuck to the ice bar, and the cranberries I requested were smaller than anticipated. When you go to a foreign country there are always little differences in things.

JA: What about the judging? Did you get a sense of what they were looking for?
PR: That was another challenge that all of us faced. The American palate and particularly the South and Central American palate tends to run sweeter than the European. The judging panel was European, and I heard for the South Americans competing that they had a very hard time in that sense with their drinks coming off too sweet with garnishes that were a bit too large and fancy for the judges’ tastes.

While Patricia says she does not plan to add these cocktails to her Las Vegas menus anytime soon, she is bringing back a few ideas she learned from other competitors, specifically some tiki ideas and the use of coconut water. To make her Forest Berry Cooler or the Nirvana Sour, check out the recipes below.

For more information about competing in the 13th Annual Finlandia Vodka World Cup next year, reach out via email to Finlandia Vodka at finlandia_vodka@pobox.finlandiavodka.com 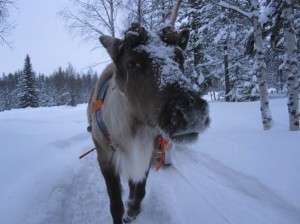