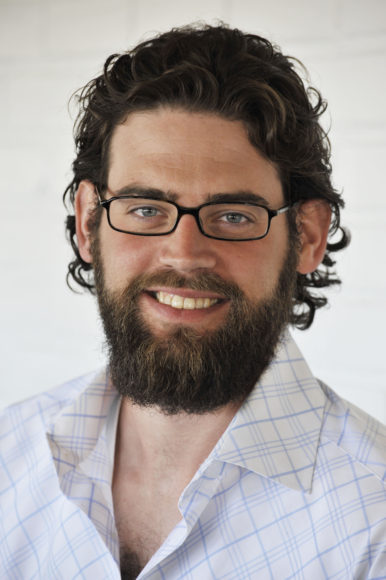 After college Ferguson moved to Los Angeles from Milwaukee to learn about the wines of California, he lived in his car and couch hopped around Los Angeles until he found work at Morton’s of Hollywood. His old boss Pam Morton Ferguson recalls, “Was quite the bear, but I was able to help run a couple of Vanity Fair parties for the Oscars which was a tremendous opportunity.”-no doubt a fledgling leadership spark of what was to come. Ferguson left Morton’s to get his first real sense of opening a restaurant with Peter Mavrikis and Citrine on Melrose. Ferguson had made the transition back to his culinary senses that were so passionately instilled in him from his youth. This would be the training ground for what his life would become. Franklin eventually captured his love for wine which brought him to California and enrolled in the prestigious International Sommelier Guild (ISG) where he later graduated in 2006. During his schooling he was gaining experience for the future by working at China Grill Management’s Asia De Cuba at The Mondrian Hotel in Los Angeles, running a 300 person dining room and peak season events for its iconic celebrity hotspot The Sky Bar. With a lot of hard work and commitment, Ferguson continued to hone his restaurant and future ownership skills while being Beverage Manager for Social Hollywood and Corporate Trainer for China Grill’s Management’s Asia de Cuba. In addition, Ferguson nurtured his teaching and natural PR abilities by giving back to ISG as an educator. Ferguson explains, “I try to do the best I can for every corporation that I work for. Sometimes that’s recognized and sometimes it’s not. Either way, I try to learn and teach as much as I can about every aspect of the business”. Shortly thereafter was given a leadership role of Department Head, where he was instrumental in the promotion of ISG’s doctrine to the hospitality world. However, wine wasn’t Ferguson’s only interest; he also acquired the first half of his Sake Sommelier Certification while at the academy. Ferguson says, “I always knew in the future I would have a restaurant(s) and one of the stepping stones to doing that is educating you in every field. I believe that one of the important aspects to any meal is the beverage. Beer, wine, spirits and non alcoholics these can all enhance or ruin a meal.”

Ferguson was living in Chicago at the time he began his relationship with Sushi Samba; he was recruited from there as their Corporate Director of Food Purchasing because of his extensive wine, and restaurant management training at ISG and China Grill Management. His extensive past experience and quick thinking for numbers made him a pivotal part of the team that opened the Sushi Samba Strip in the Palazzo Hotel in Las Vegas. After all of his commitment to other organizations and employers his own personal dream was soon to be realized.

On May 13th 2010, Ferguson, opened his own first restaurant called Navy Beach in Montauk, Long Island. Ferguson will undoubtedly draw from his own life experiences when tackling this venture, in particular the importance of hiring his staff or co-workers as he prefers to call them. As a past employee of many establishments Ferguson says, “I find that when someone is eager to learn and loves what they do, once I have a staff like this, I try to find their strengths, what’s their 5 year goal? How can I help them achieve that?” Franklin believes, “The less you look at people as your staff or employee’s, and more as co-workers the better environment you can develop. Fergusons approach to his fellow co-workers/staff is one of remembrance, empowerment and respect. Ferguson recalls, “I know what it’s like to work 100 hours a week without a simple thank-you. I never want to allow them to ever feel as unappreciated as I’ve felt. That’s the most significant drive for me.” Unlike many of his past employers who just simply found a job in management and never left thus becoming, as Ferguson puts it, “a barnacle on the hull of Food and Beverage industry”. Ferguson believes that hospitality shouldn’t be treated like a business, but rather an extension of one’s body.

Ferguson life lesson has been learning through other people’s mistakes. This is most certainly an attribute in his direct and sincere approach when ordering and purchasing food for his new restaurant. Ferguson basically looks at three deciding factors he says, “What’s missing from the area? Is there a need for it? Can I execute it? If the answer is yes to the latter to questions, then I have a start. The best answer is what the market tells you, listen to the locals and the guests, and see what they love”. Ferguson is a man very culinary in tuned with the local atmosphere that surrounds him, his gypsy like upbringing has instilled in him the qualities and benefits of local culture and what it has to offer.

Navy Beach incorporates local wines and food from Montauk and Long Island. Ferguson says, “I want to stay true to Montauk, and obtain the freshest local ingredients it has to offer.” Ferguson consulted for several other New York restaurants before meeting his eventual business partners Frank and Kristina Davis in 2009. They stumbled upon a unique piece of beach property, and a year later Navy Beach was born.

Franklin’s training has always been classic, but for his first restaurant venture, Franklin wants to create an “elbow dining” experience as he calls it. Ferguson says, “With a Mother that consistently upheld proper table manners, I always wanted to create an environment that accepts all stripes, all backgrounds and creates an atmosphere around their comfort. Navy Beach is a place that tenured Cod fisherman and board room executives can sit and bend elbows while discussing the tide schedule or The Dow Jones.”

Ferguson’s attitude towards life and business is that some people are brilliant at negotiations, some people are better at Public Relations-making people feel important at all times, others know how to be frugal and to squeeze every dollar out of every situation. Ferguson says, “Like Frankenstein, I try to incorporate all of these qualities into my own work and life.”