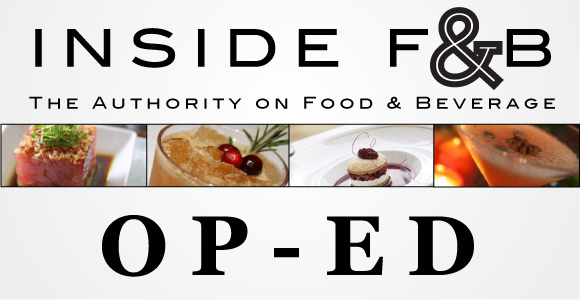 It was a tough brand building summer out there on the front lines of wine and spirit sales.

Right after the Fourth of July fireworks faded away no buyers seemed to be around or were at least faintly interested in tasting or buying in anything new and artisanal for their stores or bars. Tales of the Cocktail made the local on-premise scene a late July ghost town. I actually saw a rye soaked tumbleweed cross Bedford Avenue late one afternoon as I rode my bike on by, deeper into Bed-Stuy.

Between a half to two thirds of accounts seem to hover in and out of COD. And the smart buyers seemed to take most of August off (If I only had a brain–and the cash flow) . Then showstopper Irene almost brought the Big Apple to a halt. High times these are not. Don’t know what was rarer in August: a dry day, a few hours without any political finger pointing or any good news on the national jobs front?

“From May to December …” I can hear Sinatra singing the words in my ears as I rode downtown along the Hudson River on my rounds. The kids trudged back into school. There is a little hint of fall and whiskey in the air. Reality strikes. Work. Time to step back up to the plate. Separate the men from the boys. So let’s look back a bit and see what was a fad, what wasn’t and what maybe will be.

I needed some end of summer zen to try and make sense of it all. The immediate challenge kept coming back to me: Which new brands stick and which will be just May to September flings? So I grabbed a few ice cold Milwaukee born, union made, Miller Lite Beers, channeled my inner T. Plush and as I reached for the remote this past Labor Day weekend I understood I needed to chill.

I watched the New York baseball teams take their traditional early September paths from daylight into the deep dark Washington night (The Yankees move toward solid deep rotation and combustible late season offensive power; the Mets ride a cyclone of fight to comeback then onto collapse.) This Queens born boy relaxed, accepted my fate on the street, and settled into the groove of a new Ketel One Vodka commercial on cable between innings – Black and white, deep voiced narration, now with hip men and women tippling at the bar. The persuasion was impressive, most impressive, even to this veteran industry pavement pounding stormtrooper. I felt the power of a spirit brand well built over time now going big leagues.

I recently saw one of Maker’s Mark’s initial television commercials on cable as well. Warm, inclusive, iconic in red–it was pure Maker’s. The word is surely getting out.
These little brands I knew so well behind the stick and back in my early farm league, Single A days toiling the street talent as a “brand ambassador,” are now big time World Champion contender brands. In those ambassador salad days a dozen or so years ago, I took my homemade Maker’s holiday chocolate chips cookies and bourbon soaked cherries around in six degree temperatures to top accounts like Il Pace and Virgil’s. I was inspired by the handsome tall blonde, Carl Nolet, Jr, who ushered, undetected, into my own bar space with cocktail tomolives for Ketel One brand martinis a few years earlier. Treated us all just like family. This is old school farm system, grass roots brandbuilding. Rule #1: Winning brands are built over a decade or two as are winning franchises, with all the right talent firmly in place.

And then I thought of the hot brands and how they have been bartered, traded and sold this summer. It made me sad to consider that this is the Steroid Era of spirit brand building. Pump, juice, inject image here. Then grow hype, flip and sell. A swell trend it ain’t so, Joe. Where will they be ten Septembers from now?

Let’s look at Skinnygirl Margarita first. A trendy fad built upon the sky high Q Rating of the Housewives of New York’s top “viewer retention” star, Bethenny Frankel’s cocktail in a bottle burst on the scene a summer or two ago in the New York area. I even wrote about it here last summer and was mocked by cocktailerati for even giving it any tongue in cheek coverage at all. Even though the brand was derided initially by most top Manhattan liquor stores (savvy businessman Jim English of Columbus Wines was a notable exception) it quickly caught on off-premise and especially in the ‘burbs. Then, Skinnygirl sold to Beam Global Brands for a reported $118 million this past spring. It has been the buzz of the year in our industry. A Cinderella smart money outside story in the making. The store display racks and the Sangria line extension followed quickly up to bat this summer. A brand star is born?

I chuckled when I read a front page newspaper mention recently that the Skinnygirl Margarita’s “all natural ingredients and no preservatives” actually contained the potentially toxic preservative sodium benzoate–when it’s combined with Vitamin C. Oops, silly me. Its agave nectar was not up to Whole Foods big league standards. Add to that my street reports from major metro retail owners detailing how during in store bottle signings, Bethenny wasn’t all sunny sweet agave and fresh citrus when she stepped up the plate with consumers in person. I’ll still take my Milagro Tequila, agave nectar and fresh lime “Skinny Margarita” now on the cocktail list at my son’s neighborhood fave Chili’s as true quality brand-building over time. I’ll give that one my September Long Term Reality Award. William Grant 1, Bethenny Frankel 0. The liquor business is like no other, said lifer Sidney Frank; God rest his soul.

Then, how about the “Blair Witch Project” of this past summers’ brands: Avion Tequila?
Was it real, was it not? Whatever it was, orchestrate the hell out of its center stage plot line on HBO’s Entourage last summer. Fall into virtual obscurity over the winter with dusted bottles on shelves (a reported 12 cases were sold in NY Metro by the distributor here this past March). Downplay actually tasting and embracing the tequila, neat or in cocktails. Then strike just when the iron is again white hot for a wide distribution deal with a major global supplier. Make it in time to coincide with the premiere of the show’s final season. Leave the local distributor here in Metro NY high and dry while they are shut down for the summer union fortnight. Switch to the national big league distributor and wham: A brand is built or The Mighty Casey steps up to the plate? Either way, long term centerfield hash pattern brand talent grass roots building this ain’t. Back to the spring ball leagues or a future Hall of Fame brand? You decide over time.

Don’t get me started on the Adult Chocolate Milk. I love the Mid-Western entrepreneurial moxie of the founders Nikki Halbur and Tracy Reinhart and the bottle is a gas. But do we really need a chocolate milk and vodka concoction on the shelves? We already have Chocovine and in two new flavors even. Isn’t a single malt and hot chocolate home-made guilty winter pleasure enough? WJ Deutsch doesn’t think so. Instant shelf-stable satisfaction.

Was this the “Comfort Spirit” era/summer of instant gratification brand-building by the tube? If so, why let this crusty old analog apple pie, handmade Bourbon and vanilla ice cream man get in the way? For dessert 2.0 then, Cupcake Wines created a cupcake line of Chiffon and Devil’s Food flavored vodkas perfect for your summer picnic or pre-game tailgate. And White Rock is now introducing a Pinnacle Vodka Gummy Flavor, complete with picture of a Swedish Fish candy on the label, to their line of twenty plus flavors. Cotton Candy anyone? Plus you can even grab a can of sixty proof whipped cream from the checkout counter to put on your Caketail . And you can come back to the Skinnygirl line after you binge and crash maybe while watching America’s Biggest Loser finale 2012. Phew. Pump the flavors out and sell them while they are hotter than fried dough at the ballpark. I’ll stick with my Lite beer through the dog days. Less is more.

All brands are talent. Some may be marketable stars. Maybe one brand will earn me and my family some equity. But give us a few decades to make sure. This kind of work takes a while. You esteemed and well seasoned imbibers will decide a brand’s merits over time.

Hometown boy Frank’s Ghost still crooning, from across the river in Hoboken, birthplace of baseball no less, with Kurt Weill’s prophetic words in my ears as I ride further downtown along the Hudson: “when the autumn weather turn leaves to flame, one hasn’t got time for the waiting game.” I do. Out on the streets brand building, with one enlightened consumer at a time. The slow and steady brand building model will always win out in this business.

Meantime, buy me some peanuts and Cracker Jacks. We boys of Summer ain’t done yet.
Go Yanks and show us your timeless October magic of old. For my Mets there is always Port St Lucie in the winter, the first days of April out in Flushing Meadows and the summer wind.

ABOVE ALL ELSE, BE A BARTENDER

WINDY CITY ONES TO WATCH