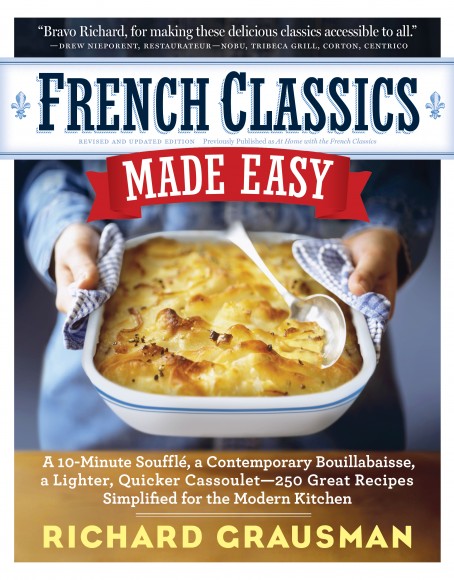 If you’ve ever worked in a restaurant kitchen you know the stress – pots clanking, plates clattering, beads of sweat dripping down your forehead, and every swing of that kitchen door comes with another order to be cooked to perfection. The pressure is on, and you’re in the zone, but the smallest interruption – like a customer returning a dish because your line cook didn’t know how to properly fillet a fish – is enough to throw you off track.

A well-trained staff is a vital component to any kitchen running smoothly and presenting customers with a dining experience that makes them want to return. However, many of today’s generation of emerging chefs are coming to your kitchen without a degree in the culinary arts. They may have picked up some of their technique from working various kitchen jobs, but unfortunately, few can afford the resources necessary to pursue a classical culinary education and are therefore not equipped with all the cooking skills you need your kitchen staff to have.

That’s where Richard Grausman’s book, French Classics Made Easy, comes to the rescue.

Grausman, the acclaimed Cordon Bleu-trained culinary educator, author, and founder of the non-profit Careers through Culinary Arts Program (C-CAP, www.cccapinc.org), has avidly dedicated most of his career to educating disadvantaged youths in the foodservice industry. According to Jonathan Waxman, chef and owner of the NYC restaurant Barbuto (www.barbutonyc.com), “Richard Grausman is a true culinary icon. He really has no parallel, and his passion to teach is remarkable. He is the embodiment of our culinary education.”

In 1988 Grausman published his first cookbook At Home with the French Classics “as a way to document what [he] had been teaching,” he says. Grausman has now graced us all with a special gift, the re-release of his cookbook, French Classics Made Easy, which has been re-titled to reflect the nature of the recipes that fill its pages, “they are easy,” he insists.

Chef and restaurateur Michael McCarty (owner, Michael’s Santa Monica and Michael’s New York – www.michaelsnewyork.com and www.michaelssantamonica.com) says, “I’ve known Richard Grausman for decades now, and have always been impressed by his expert grasp of classic French cooking and his singular talent for making that cuisine entirely understandable and approachable to both aspiring professional chefs and amateur home cooks alike. Richard is a true ambassador for French cooking in America.”

French Classics Made Easy exposes American cooks to the practiced and innovative culinary techniques Grausman has been developing for the entirety of his career. Through clear explanations and simple steps, the book instills cooks with the confidence to overcome any culinary task. He says, “French cooking is made with a lot of basic technique. The learning of those techniques empowers a cook to do anything.”

Grausman walks the future chef through every aspect of French cooking, from the first courses (soups, salads, omelets, and soufflés), to the main dishes (poached salmon and Beef Burgundy), followed by delicious desserts (Crème Caramel and poached pears). He even includes a section on the basic signature French breads, stocks, and sauces (Béchamel, Hollandaise, Béarnaise) – all while making a conscious effort to keep his vocabulary simple and sentences as concise as possible.

McCarty notes, “What’s most impressive about his book is how accessible he makes dishes like Bouillabaisse, Coq au Vin, Tarte Tatin, and Soufflé au Grand Marnier. These are recipes that absolutely have the ring of truth about them. They’re authentic, and you know they’ll work. And they’re all presented with a level of insider knowledge and a graceful, helpful reassuring attitude that are hallmarks of Richard’s professional and personal approach.”

Grausman’s collection of 250 carefully selected recipes evidences to cooks – beginners and professionals alike – what his students have known all along, Grausman truly does “take the fear out of French cooking.” Through his teaching methods, and now through the re-release of his cookbook, he has given underprivileged teenagers a priceless gift, the possibility of turning their dream to become a chef into a reality. French Classics Made Easy is a foolproof guide that is guaranteed to instruct your culinary staff in the tried and true techniques of classic French cooking.

Grausman shares, “Bringing the classics to a new generation is very rewarding to me. Often times you are not exposed to things of the past and here is a book that exposes you to the past and makes it doable in the present.”

The cookbook can be purchased on amazon.com at the affordable price of $16.95 – just another way that Grausman makes his book accessible to the American cook public.

But let’s face it, affordable is good, but free is better. The first two people to correctly answer the question below and respond to
francinecohen@insidefandb.com will win a free copy of French Classics Made Easy courtesy of Workman Publishing (www.workman.com).

What is the title of the last article published on INSIDE F&B that mentioned the non-profit organization C-CAP?