A Brief Appearance of the Prized, Rare, and the thereby Expensive, Fourchu Lobster
By Morton Hochstein All photographs courtesy of The International Culinary Center 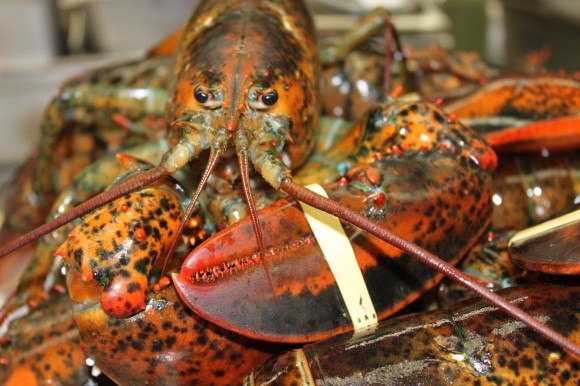 A few savvy operators seeking to add pizzazz to their seafood lineup have been capitalizing on the Fourchu lobster, a rare variety available only for a short period during summer months. Restrictions allowing only fully grown, eight year old lobsters to be harvested during a limited ten week summer season have meant a small crop for a market that is beginning to appreciate their distinctive qualities.

Plunked from icy waters off Fourchu village’s harbor on Cape Breton Island in Nova Scotia, the Fourchu is more densely meaty, firm, tasty and fuller flavored than other Northeastern lobsters. Knowledgeable restaurateurs emphasize their steely character, saying it is much like pitting a classic minerally white Burgundy against a buttery, more rounded California Chardonnay.

The small catch supply of these complex flavored lobsters can be attributed to a simple numbers game; at one time there were more than 50 boats working the waters off Fourchu, but younger men went off to more remunerative employment at larger seaports such as Halifax, and veteran but aging, crews currently patrol that region aboard 11 sturdy boats.

The lobsters’ availability, now limited to elite East Coast restaurants and a pair of California outlets, is bound to expand as the word spreads and more fishermen join in the harvest. There are prospects for expansion as more restaurants —places like Daniel and Oceana in New York and the Waterbar in San Francisco and Manresa in Los Gatos – give the Fourchu star billing. “We relish the opportunity to showcase such an exquisite specimen,” says chef-owner Dan Barber of Blue Hill, New York and Blue Hill at Stone Barns on the Rockefeller estate along the Hudson River. 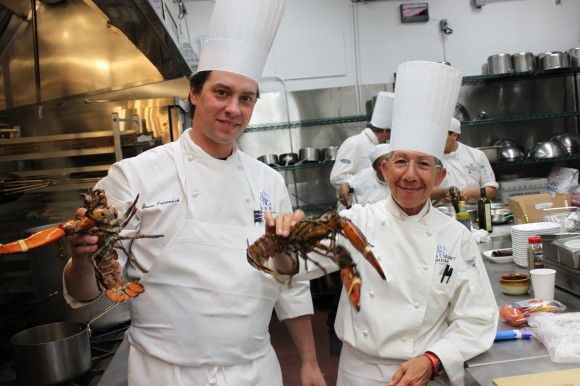 As demand grows and the Fourchu joins prized specialties such as Beluga caviar and Iberico ham, Dorothy Cann Hamilton, Founder and CEO of The International Culinary Center continues to be its chief proponent. With centuries old family roots on Cape Breton, she has lured chefs, restaurateurs and writers to Fourchu to promote the lobster’s special qualities. (www.internationalculinarycenter.com)

Too many people, she observes, fail to appreciate the differences in lobsters and the waters where they originate. By educating consumers about the special qualities of one region, she hopes to create an awareness of variations. Emphasizing regional strengths, she feels, will help to decommodify lobster marketing and give fishermen greater control of their own destiny.

Something to look forward to when you begin to think about next summer’s menu. 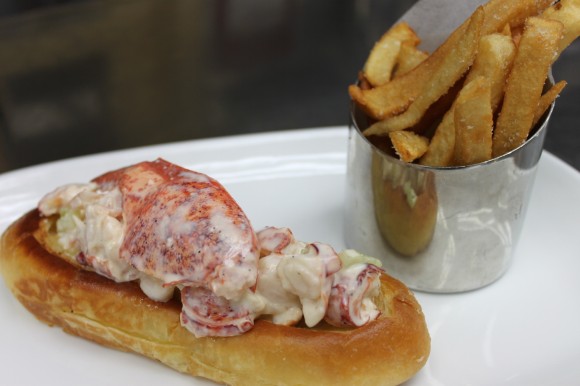 BARTENDERS BATTLE IT OUT AT NOLA FISHOUSE