No. 209 makes Kosher for Passover Gin and Vodka
By Francine Cohen 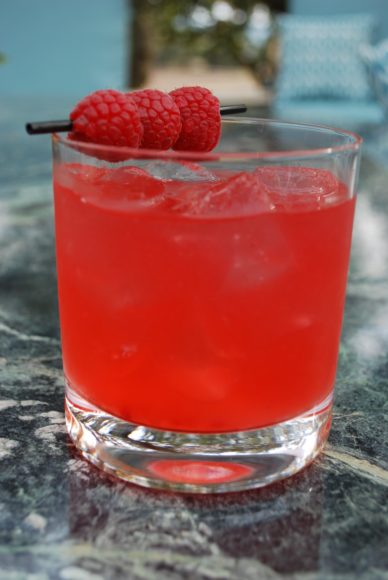 Sunday, March 31, 2013. There’s been a LOT of anticipation tied up in this particular Sunday; it’s Easter, it’s the night that the third season of Game of Thrones debuts, and it’s nearing the end of Passover which is a really good thing because all of this matzoh, gefilte fish, leftover brisket stuff is getting painful.

So, here’s a bright seasonal drink that’ll pair with your best Easter bonnet, you can use to toast with anytime you see a dragon, and celebrates the near end of this Jewish holiday in a way that is truly Kosher-for-Passover… The Passover Spice cocktail made with No. 209’s Kosher-for-Passover Gin. (www.distillery209.com)

The brand notes, “To our knowledge, No. 209 is the only distillery in the world to produce a gin and vodka that are both certified Kosher-for- Passover. Founder Leslie Rudd had long been frustrated that he couldn’t get a decent cocktail during Passover and asked Distillery No. 209 Ginerator, Arne Hillesland, and associate winemaker Jonathan Hadju from Kosher Covenant Wines to develop a gin and vodka that have the same superior quality as our original No. 209 Gin while also strictly adhering to Kosher-for- Passover standards.

The creation of the Kosher-for-Passover gin and vodka pushed Arne Hillesland’s creativity in keeping our tradition of small-batch production and premium quality standards while working within the restrictions of Passover dietary law. “It’s been fascinating to delve into a tradition that is over two-thousand years old and bring it into the 21st century, while keeping the tenets of the faith with upmost importance. It’s an honor to be the only distillery in the world creating a Kosher-for-Passover gin,” said Arne Hillesland about the latest “vintage” of Passover spirits.

Creating a Kosher-for Passover version of our No. 209 Gin was no easy feat since Kosher standards preclude using any grain based spirit, and additionally, several key botanicals from the recipe that are not Passover approved. Arne fired up the still during “the Passover gin trials” to discover innovative Passover approved herbs and spices, and under the supervision of the Orthodox Union, created a new gin recipe that has a remarkable modern taste profile using a sugar cane base spirit.”

THIS LITTLE PIGGY CAME TO MARKET