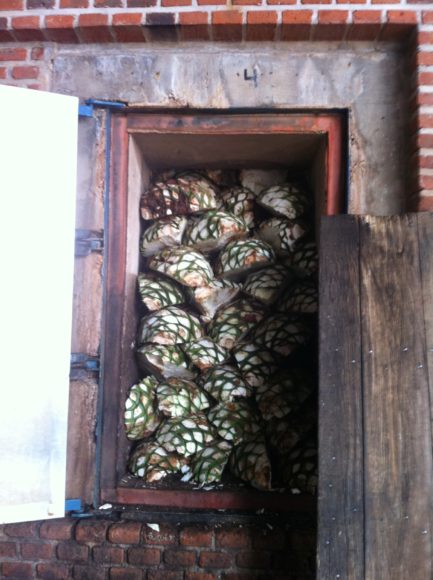 The other night I found myself at the bar at Employees Only. The purpose was tri-fold; I needed to taste the entire range of spirits from the newly launched 86 Company as a story about them was pending, I hadn’t seen Dev Johnson in far too long and a semi-proper catch up was in order, and my aunt was visiting from out of town and it had been even longer since I’d seen her and had any sort of quality conversation that wasn’t overshadowed by the entire family sitting around a Thanksgiving dinner table and engaged in less intimate chatter.

So, at 6:00 PM on the nose we entered the hushed tones of EO (www.employeesonlynyc.com). Having been there myriad times, but only one other when it was this empty, it was a whole other place but one that I imagined filled with people. People coming from after work around the corner with their friends in accounting, neighbors popping in on their way home, and the expected industry folks paying homage to the bar for reasons as varied as just wanting a good cocktail to hoping to ply their wares and/or support an account.

In the quiet of the first hour my aunt and I were able to catch up, Dev and I reminisced a bit, and Vincent Vitek made us laugh. Suddenly, right next to me sat three Mexican gentlemen. There why? To pay homage to the institution known as EO and graciously introduce their line of mezcals. Interesting fellows, all, and, as happens in bars, our two parties melded and we five fell into conversation and discovered we had a lot to talk about that went well beyond the booze business (which is refreshing); and, of course, their Wahaka mezcal came out for me to taste (www.wahakamezcal.com).

Far different from the mezcal I usually order, both the ones I tasted last night opened up a whole new appreciation for a different kind of terroir association. The first immediately hit me as having a mustiness to it; as if the smoke flavor that generally gets imparted during production had been muffled by cotton wool. Not offensive, just that that was my gut reaction. One person mentioned above found it oily, another liked it. The second mezcal I tried made me feel as if the spirit were very vertical. Not just a long finish, a descriptor which to me means it lingers and coats the inside of your cheeks, but actually as if there was a very directed column of mezcal running down the middle of my tongue and picking up those spicier flavor receptors along the way.

Interesting to discover later that the second mezcal was made from a wild agave which, unlike the Weber Blue with which we make tequila, the wild agave harvested for this mezcal was tall and had a trunk. Hence the vertical? Who knows! I certainly can’t claim to be an all knowing botanist who would have immediately recognized that the origins of this liquor came from a taller standing plant and that’s why it resonated “vertical”; I just think that’s how it made me feel and so that’s what came out of my mouth when asked.

When Dev asked what I thought about the mezcals my immediate and honest reaction was to say that there were elements of it I liked and elements of it I didn’t. I wasn’t jumping up and down and raving about how wonderful they were. It wasn’t that I DIDN’T enjoy them, but I wasn’t going to unequivocally give these spirits I’d just tasted a whole hearted two thumbs up and a big snap. But you know what? That’s okay.

I felt the same way about the vodka, gin, rum and tequila I tasted from the 86 Company’s line (www.86co.com). They make things I would drink on its own (thank you Cana Brava) and things I’d like to sip mixed into a cocktail. But that’s just my opinion; though it has some validity given that the 86 Co. designed their spirits for cocktails. The more I taste the more I believe that it’s not so important whether or not I “like” it. This is not a popularity test. For me, despite the fact that I don’t run a bar, it’s the application that is important. Remembering that each spirit can be a tool. And that you need lots of tools in your tool belt to build a house. One of them may be the 86 Company’s products, or you might reach for Wahaka mezcals. Some you may like to use, others you have no use for at all. Chefs like Rick Bayless (www.rickbayless.com/restaurants) and Jose Andres (www.oyamel.com) who both carry Wahaka in their restaurant bars understand this. So do Angelo Sosa and his bar manager Josh Wortman over at Anejo (www.anejonyc.com). Like every ingredient they bring into the kitchen they understand that spirit doesn’t fit into every drink or every bar.

Appreciating how they can is what sets you apart from the pack who just wants to be “liked.”

HUNGRY FOR A BRIGHT FUTURE