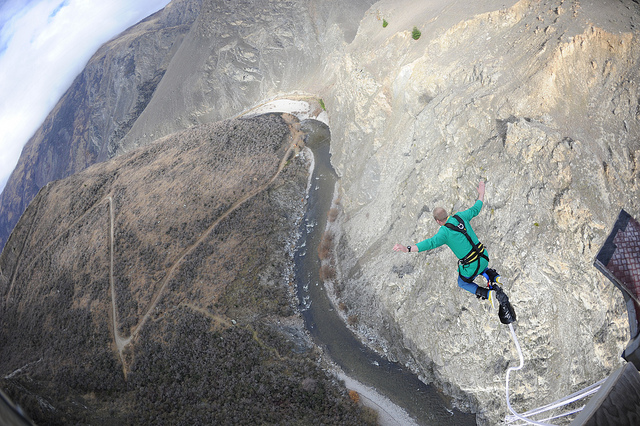 Cocktail competitions, for many contestants, can be a nerve wracking, knee trembling and downright frightening experience that can make or ruin your reputation in a heartbeat. There is a serious amount of dedication that is required to be the victor; it’s not simply a matter of turning up on the day and making a drink for a judging panel that could consist of a bikini model, a news anchor, an over the hill bar keep, a drunk bar owner or the President of the International Bartender’s Association.

Winning a cocktail competition in this day and age, when there is often one a week in many major ‘cocktail cities’ can take months of planning, research and practice. It requires tasting, refining, tasting again, writing a speech, practicing it over and over, a dress rehearsal, tasting again, asking your friends and colleagues for advice, buying new tools, buying back up tools, testing the tools and of course tasting the drink again. All this before you’ve even gone on stage.

In many ways, cocktail competitions are to be commended and encouraged. Sure, there’s a slew of boring and incompetently organized cocktail competitions over the years (thank God there was alcohol on those occasions), but for the most part they promote camaraderie (despite the obviously fierce competitive nature of them), allow like-minded professionals (sometimes from other parts of the world) to share ideas and discuss experiments; and solidify friendships over the course of several lubricating libations. 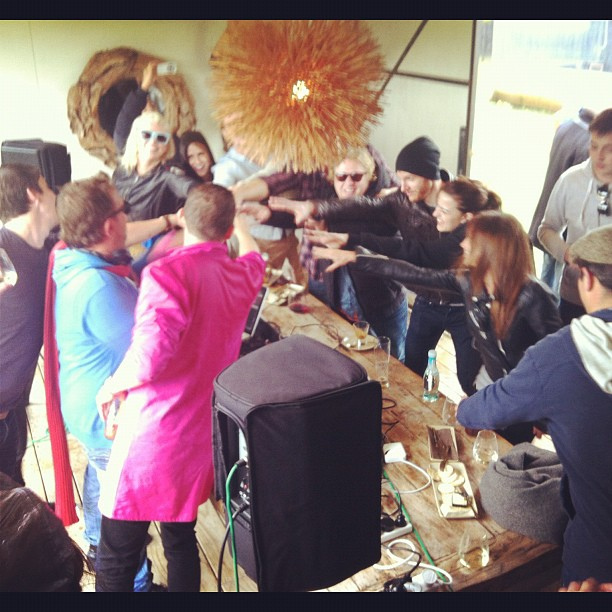 Nowhere was this more evident than at the 42 Below Cocktail World Cup, held every year in New Zealand, the home of this award winning antipodean vodka. The event started in 2004 in Queenstown on that country’s South Island and even this year, the first few days were spent in this picturesque ski town, with competitors from all over the world partaking in a series of extreme activities that have not only made this competition so unique but has put it on the radar of any serious bartender around the world.

Perhaps the most unique aspect of this particular event is the fact that people compete in teams of three, representing their country and not themselves. Until recently, 42 bartenders were flown in (at great expense), making for 14 teams (this year that number was halved). Bartending, at its very core, can be very competitive and there is certainly no shortage of egos in our profession, mine included. This has brought its own set of problems to this event before, but not this year. It was a week of high fives and back scratching, of tears and hugs, of laughter and friendship. 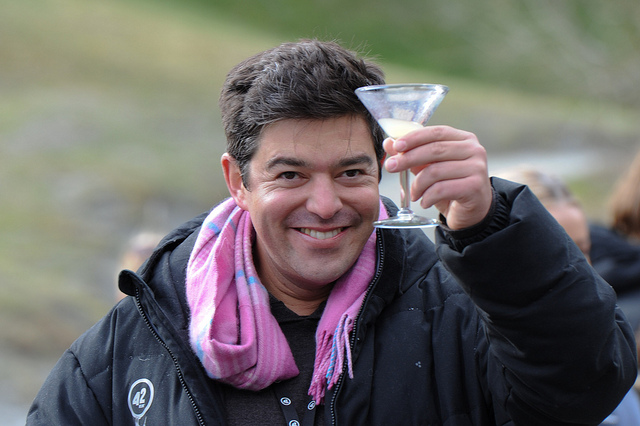 Jacob Briars, known globally as the ‘vodka professor’ for his time educating bartenders the world over when he worked directly for 42 Below, believes that being a team event is what makes the Cocktail World Cup so special.

“We let the bartenders pick this competition up and run away with it from the very first year, creating something very new that allowed bartenders to push the boundaries of what was actually possible in a cocktail competition. I also think the team format had a huge impact on the creativity: three great bartenders working together can achieve a more unique result than a bartender working alone”.

For first timers to this magical place in Middle Earth, this is one competition that is life changing and affirming. It has grown from a motley crew of unprepared, constantly inebriated and rowdy bartenders, to a point now where it has become as serious as any competition to be found anywhere. Every single team now comes extremely well prepared, down to their music choices, costumes, choreography, bartending tools and techniques. The U.S team had their own block of ice engraved with the stars and stripes and shipped in from across the country.

John Lermayer, a highly decorated bartender based out of Miami was invited back this year as a judge after competing for his country at the 2005 World Cup. He has won more competitions in the last few years than anyone else I know and in fact he gave an enlightening and amusing seminar to the teams a few days prior to the final, titled “How to Win a Cocktail Competition (Or At Least Not Suck While You’re Doing It)”. 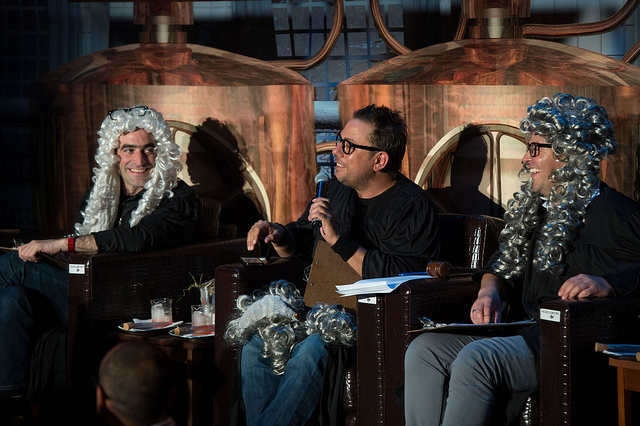 For him, the competition forged some close, lifelong friendships (including our own). That still happens over a week of bonding and eating every meal together, but the planning has become much tighter, the professionalism more evident.

“On the surface, the production of it is much tighter,” he says. “That comes with experience. The organizers now have it down to a science. From a bartender perspective I’m quite certain that the competition hasn’t changed as much as the craft itself has. The bartenders now compared to seven years ago are so much more educated and refined, not only in the craft of making cocktails but refined in the skill of competition bartending and showmanship. Team USA, for example, not only showed off their cocktail prowess but utilized audio, choreography and script execution. When I competed, we had no idea what we were getting into.”

Lermayer presented his seminar with Jacob, himself a veteran of judging cocktail competitions and someone who has been with the brand since 2002, when founder Geoff Ross began distilling his prototype vodka in his small garage back in 1996. Jacob is, without question, in a better position than anyone to comment on the development of this competition and how it has changed over its eight year tenure.

“To those who have never been and would never be seen dead entering a vodka competition, it’s seen as ‘The comp where they bungee jump’, but those who take the time to see what’s been done in the past arrive at this event knowing it’s a chance to experiment with things they may never do again, like doing a stage at elBulli. Whether it’s in technique, the theatre of a drink’s preparation, or matching flavors in a unique and unexpected way, it’s a chance to do truly interesting things that help lift the combined level of knowledge in our craft.” 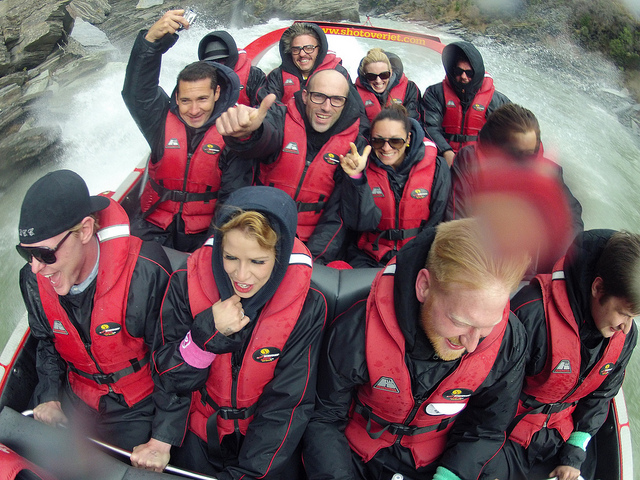 Despite the long days and longer nights, the extreme activities and extreme drinking, the week also revolves around a series of cocktail challenges where each team can gain points that will help their aggregate score for the final. The Australian team was solid all week (if a little quiet and reserved; you gotta be boisterous in this competition), taking out one challenge. The Startenders team (consisting of three previous competitors) were complete showmen who brought their experience, while the home town heroes were extremely well prepared at every turn. Team Great Britain made some killer drinks, as did the Italians. 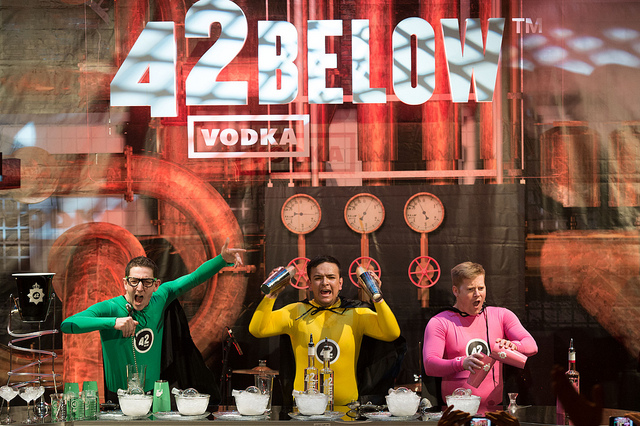 Barney Toy of Team New Zealand brought the noise and had this to say about his experience, “When you make it to the Cocktail World Cup everyone around the world in the industry will soon know who you are, what you’re capable of and that you’re at the top of your game. The amazing people and knowledge you get exposed to is another big part of the week although the biggest thing is what it can do for your career. The doors that suddenly open and the opportunities that come your way can be life changing.”

It was, however, Team USA (consisting of Steve Schneider from New York’s Employees Only, Beckaly Franks from Portland’s Clyde Common and Ken Kodys from Denver’s Breckenridge Brewery) who brought their A-game all week, taking out two challenges and their performance for the final – coupled with the finest drink of the night. They brought themselves and their country glory for the third time at the Cocktail World Cup. It was a stellar performance that proved beyond doubt, that if you want to win this event, then you need to bring your pride and your passion in equal measure.

Schneider says, “Although we were at a disadvantage because we did not know each other, we were still all about communicating and had faith and trust in each other. We received the rules and lists of known challenges via email and every week we had a conference call. We decided to each take the lead in each challenge. The script and costumes for the final and theme were my department while Ken was in charge of actually bringing ingredients for the final cocktail. Once we finally met, adjustments were made and we pulled it off. My advice to someone competing is be prepared, be able to follow your teammate when you need to and lead them when you can. Have fun and get weird and if you and your team have your s**t together, you’ll be in great hands.” 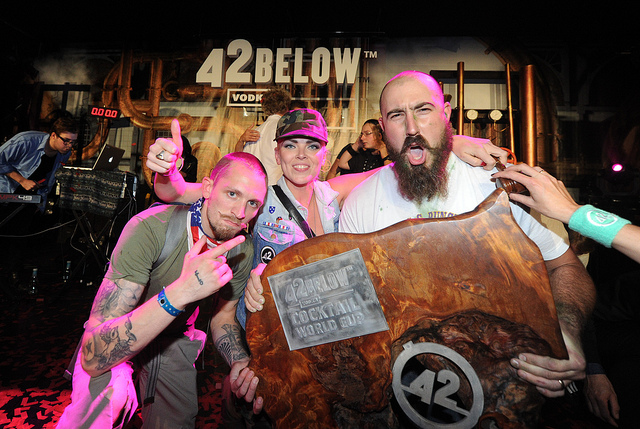 “Team USA this year simply blew my mind with their teamwork, preparation and inventiveness,” said Jacob. “Many bartenders look at a competition’s winning recipe and will roll their eyes, and ask ‘when will someone ever order that in a bar?’ But to me that misses the point. Competitions allow you to hone skills and techniques that make you a better bartender, full stop. To me, more than any other competition, the Cocktail World Cup encapsulates that balance between a serious commitment to our craft and our industry, and a lighthearted approach that reminds us that making drinks for a living is supposed to be fun!” 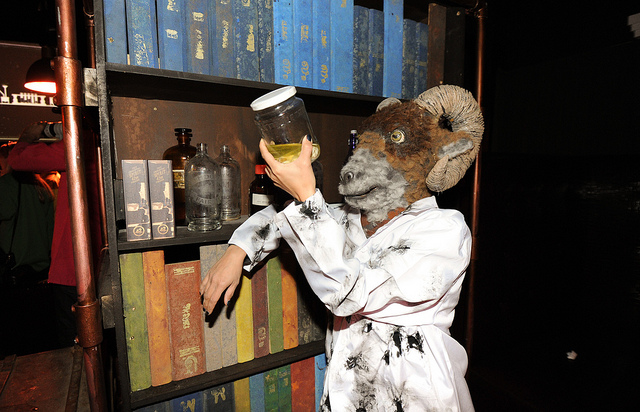