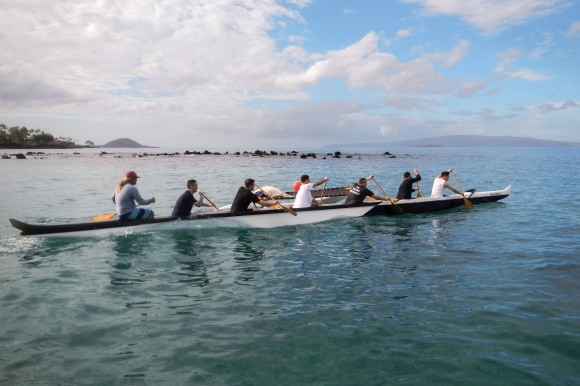 Some people draw straws or flip coins to decide who goes first. But the 12 chefs competing in Hyatt’s Good Taste Series at the beginning of November raced outrigger canoes cheered by onlookers on the beach in front of the Andaz Maui at Wailea. The winning team would be the first to present their dishes to a panel of five industry professionals. The chefs were psyched before they got to the stoves. And a troupe of Japanese drummers gave new meaning to the term drum roll when they heralded the announcement of the winners. Talk about team building!

The contestants, all junior chefs at Hyatt hotels throughout the United States, had already shown their mettle by wining regional competitions. Just to be pampered in a luxury hotel in one of the world’s most awesome vacation spots, be wined and dined, and be put in a position to gain the attention of the big brass made every competitor feel like a winner. But they still gave it their all reaching for the big prize of a week’s vacation for two at any Hyatt resort in North America, Canada, or the Caribbean. Second and third place winners took home commercial Vita-Mix blenders.

Iron-chef style staging and a professional emcee–Mark Walberg of Antiques Roadshow—lent drama to the event as did enthusiastic cheering by the chefs’ friends and families in the audience. 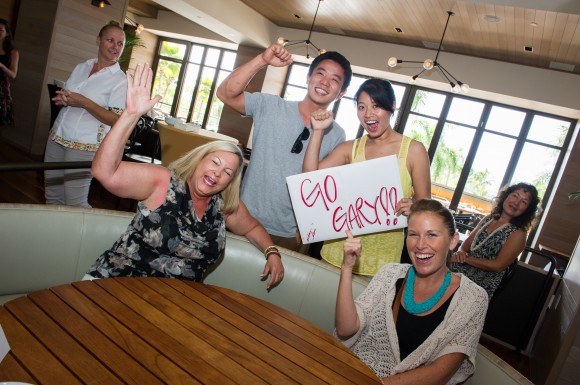 Judges were Beth Weitzman, vice president of editorial for Modern Luxury: Naomi Tomky, blogger The GastroGnome; Sam Bhandarkar, director of events for American Culinary Federation, chef Sheldon Simeon of Migrant restaurant in Maui; and yours truly. Each contestant presented two dishes—one street food and one that represented either the regional culture of his hotel or his own heritage. And each was required to use two mystery ingredients which turned out to be bacon and lilikoi, the Hawaiian passion fruit. 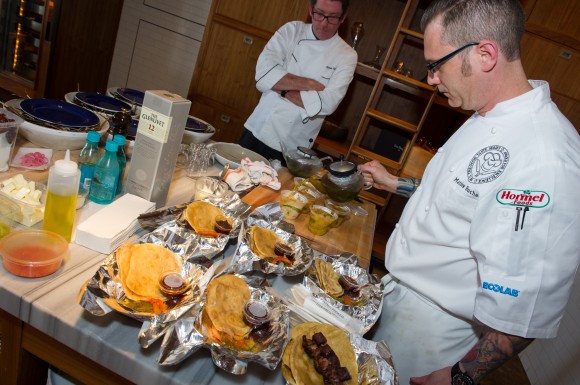 The long weekend was about more than just cooking and eating. There were educational tours of the last working pineapple plantation in Maui and a taro farm and exposure to a different culture and its ingredients. And it was an unparalleled opportunity to network with their peers and shine in front of their superiors.

“It was a very bondable weekend,” said Bradley Duboy of the Park Hyatt Washington, characterizing how well the chefs worked together. “I made 12 new friends.”

Susan Terry, vice president of Culinary Operations for the Americas and the mastermind behind the event had the lofty goal of “providing food for their souls, not just their minds.” She said, “It shows our top talent we’re invested in them and their education The contest was only four hours in total but we spent five days with them. We really got to know each other and I can guarantee that each of them feel connected to the company in a different way now. And it shows me who my next executive chefs are going to be.”

Finally, a slew of creative new dishes is going to be showing up on Hyatt menus across the country. 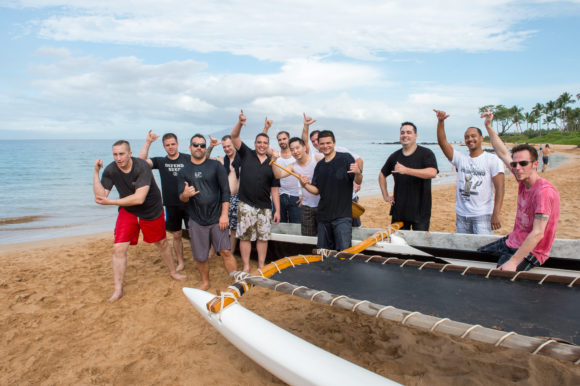