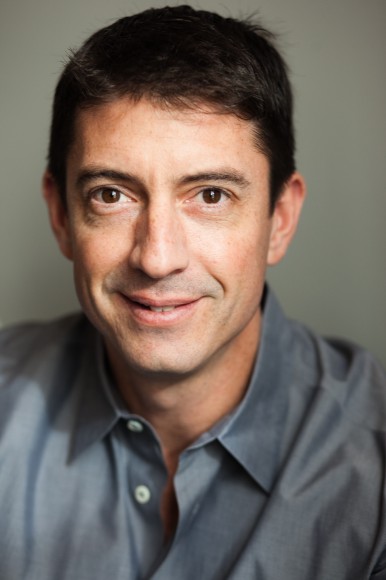 It’s a good thing that in his 1922 poem The Wasteland TS Eliot referred to April as the cruelest month; because if he had written “November is the cruelest month” he would have confounded the next generation’s sociologists as they look back into culinary history to pinpoint the moments when Americans suddenly became food and drink obsessed and embraced terms like “foodie” and “cocktailian.”

Why confusing to call November cruel? Because if one tracks factoids about the hospitality industry’s history and progress then they know that November is a monumental month worth heralding. It’s in this month that the two media launches which entirely changed the face of how modern day Americans find pleasure in food and drink, and how they interact with chefs, farmers, purveyors and bartenders, happened; in November 1993 we saw the first Food Network broadcast (then called Television Food Network) and November 2009 marks the date the month that Liquor.com launched, opening up a whole new world for spirits aficionados.

In our book, there’s nothing cruel about any of that. In fact, it’s quite the opposite. There’s great reason to celebrate the immediate embrace of Liquor.com’s content and the site’s rapid growth to over 100,000 email subscribers since launch (not to mention hundreds of thousands of Facebook fans and strong partnerships with other media outlets such as Huffington Post that drives the number up to touching 1-3 million consumers per month); it all has proven to be a boon for the entire hospitality industry. And, though the food revolution has been going on for a while, it took the introduction of a spirited website to drive that passion for good drinks and quality alcohol to the forefront.

Funny that the website which makes better spirit knowledge accessible all started over a late night beer. But then again, great ideas often do. Liquor.com founder Kit Codik explains how he arrived on the scene and unknowingly changed the face of drinks appreciation, “I went to Tales (www.talesofthecocktail.com>) two years ago before I started Liquor.com – I didn’t know anyone. All I was there to do was to learn the industry. I met Noah [Rothbaum – current Editor of Liquor.com] there and we had an Abita (www.abita.com) in a plastic cup at Absinthe House from 5-6.”

At the time that Codik and Rothbaum were bonding over Abita Liquor.com didn’t yet exist. This past year Liquor.com was the festival’s largest media sponsor, but back then, over that beer, Codik was in New Orleans strictly on a research mission to see what was percolating in the spirits industry and determine how he could tap into it in a way that opened up the marketplace to consumers in a consolidated and compelling way they’d never seen before while exposing brands to potential new consumers.

The serial (and successful) entrepreneur came to the cocktail festival with a name in mind for his website and realized he needed to do more research into the booze business. Codik admits that his approach to building Liquor.com is not the traditional way to get a business off the ground. But it seems to be working just fine. He comments, “In 2008 I was scratching my head and wondering why when it is an industry generating $60 billion at retail and $20 billion at wholesale, the brands’ digital advertising spends were only 1 to 3% of their marketing budgets versus the 10 to 12% that other categories were already spending on digital marketing.”

He continues, “You don’t normally do this, but I actually built this backwards with a name. Usually you start with a market problem or opportunity and that seeds the project. Instead we started with a name and determined whether there was an opportunity to build the tremendous brand without a capital outlay. It was a tough time to raise capital, but I had been in the start-up world for a long time and had enough people in my network and it went from there. My business partner and I met the guy who owned the domain name. He pitched us to work with him on a different business plan and, while we loved the name and loved the guy, we didn’t love the plan. So we went our separate ways. He called us again later and ended up saying he’d take $4.5 million for the domain name. Candy.com had just sold for $3 million and Toys.com had just sold $5 million. We knew the domain is valuable and it’s a huge industry so we said to him ‘you give us the domain and you’ll get a seat on the board, and equity, and we’ll set a finite timeline to research the industry.’”

This arrangement worked. And, despite Codik’s admitting he was more of a wine drinker than a spirits guy prior to the launch of Liquor.com and had no real knowledge of the industry at the time he undertook this venture, Codik took to it quickly and intensely. He says, “It’s funny how things come together. I’m so passionate about building the business and, while I think about Liquor.com as a digital business, fundamentally we’re in the spirits industry. It permeates everything we do and I’m very passionate about it. I feel like I found my home.”

His home was centered on a vision that he explains as this, “Let’s build an email centric business that has a highly targeted audience.” Codik envisioned a site that was both approachable and authoritative. To that end he created a “dream team” board of industry advisors END_OF_DOCUMENT_TOKEN_TO_BE_REPLACED

Culinary and cocktails intersect at the Restaurant Show
By Francine Cohen

Join these beverage, culinary, and special event luminaries and you’ll learn how to maximize operational efficiencies and enhance the guest experience through an integrated and thoughtful beverage program approach that is effective both in restaurants and for special events.