Give Women What They Want. Not What You Think They Need.
By Francine Cohen 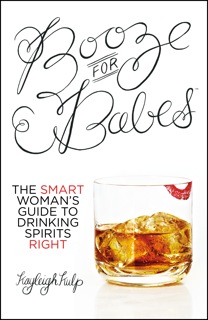 Booze for Babes: The Smart Woman’s Guide to Drinking Spirit Right, and its author Kayleigh Kulp, is ready to be your agent of change if you let it/her be.

This soon to be published tome that will quickly become a must read for the Skinny Girl/whipped cream vodka set is destined to turn things around for female drinkers everywhere; much as it did for Kulp. The author began as an uninformed imbiber who admits, “I really didn’t have any preferences. I was a victim of that marketing – I would drink bottled cocktails and all the flavored vodkas that are the weird candy flavors. It was because I didn’t know enough to care.” Now, like you, she knows plenty. And she cares!

This appreciation began on a DISCUS (Distilled Spirits Council of the United States – www.discus.org) trip to visit whiskey country for a travel story she had been assigned. There, her eyes were opened. It was the first time she’d ever experienced whiskey production and she notes, “There was such an impact being able to see how it was made and see all the products. This was a whole new world of exploration that I had already done with food and wine but never the brown spirits my husband had been drinking for example.”

She continues, “I came back home and discovered my favorite whiskeys and in talking to my girlfriends about this new passion and drinking whiskey while out with them they were asking, ‘why are you drinking whiskey?’ and so I wondered why do I and my girlfriends have this issue and my husband his friends don’t?” END_OF_DOCUMENT_TOKEN_TO_BE_REPLACED 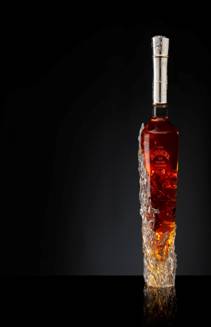 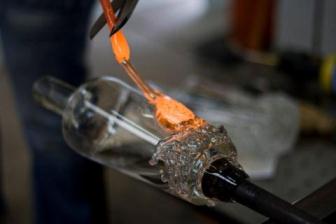 This 54-year-old Bowmore 1957 (42.1% ABV) is a symphony of aromas and flavors never before experienced. After distillation in 1957, the new spirit was placed into a second fill sherry cask (where it spent 43 years) and then in 2000 was moved into a second fill END_OF_DOCUMENT_TOKEN_TO_BE_REPLACED