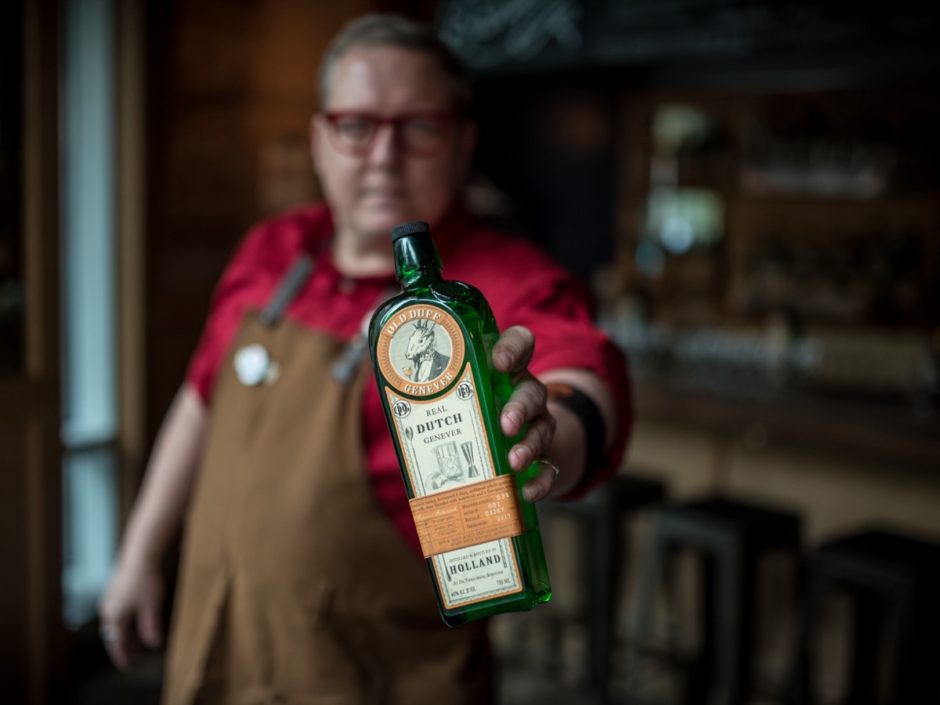 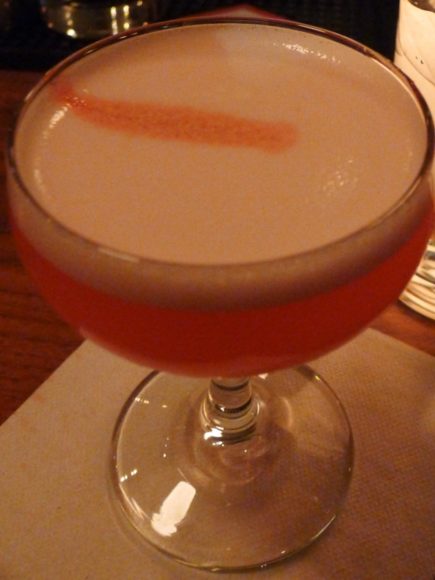 By the time Bols re-launched its Genever in the United States in 2008, it joined the ranks along side many other defunct, turn-of-the-last-century ingredients (old tom, navy strength gins, absinthe and even kummel (!) just to name a few) to finally make it to the menus of our most ambitious bars around the country. For someone like me, whose inspiration and guidebooks came from a sepia-toned era, Genever was going to fill a lot of holes recipe-wise and I think that its popularity has yet to be fully realized. 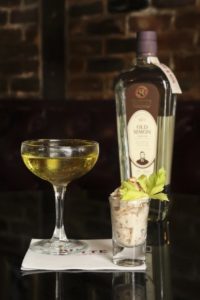 Brands as varied in flavor profiles and distillation processes as Bols, Rutte and the newly released Old Duff, all vie for the consumer’s attention. For those willing to be adventurous, there will be rewards. After all, by the middle of the 19th century, Genever was the most imported and consumed spirit in America until improved distilling techniques paved the way for more botanically led spirits to gain favor among the tippling public. In other words, it’s been hot before.

One connection I’d like to see go away is its forced relation to standard gins. Since it is a multi-grained distillate blended with malt wine, it bears more of a link to un-aged whisky than to any gin we are familiar with today (with the inclusion of juniper being the common denominator). It’s one of the things that have made it a tough item to market. I’d rather see it on a bar or in a retail shop somewhere between un-aged whiskey and blended Scotch. I think that the consumer interested in those products will have the shortest leap into the Genever category.

Education is a key issue as well. Although younger generations make the time to educate themselves to the point of geekdom, the older guard has had years of simply describing it as the ‘original gin’. Certainly there is some truth to that but I think that it does a disservice to its provenance and its potential.

As for the spirit itself, the Genever that makes it over to the U.S. is typically made in two styles; ‘Jonge’ (young), a 20th century distillation process resulting in a clear spirit utilizing a lower percentage of malt wine, and ‘Oude’ (old), the older practice using significantly more malt wine and botanicals in its distillation process, making for a light-whisky flavor profile and less neutral than the ‘jonge’ style. Both of these expressions have their uses for sure. 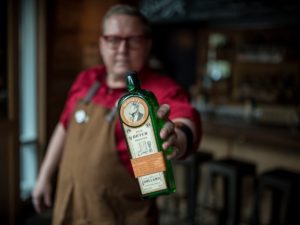 Traditionally served ‘boilermaker’ style (neat, with a beer chaser – a personal favorite), many pre-prohibition cocktail recipes featured Genever as their lead ingredient and it’s easy to see why. It’s malty flavor profile lent a bit of complexity to uncomplicated cocktails that allowed it to shine. I am not in the least bit surprised upon visiting cocktail bars and seeing Genever paired in both simple and complex recipes. A ‘Jonge’ expression makes for an intriguing ‘Sour’ or paired with your favorite soda or tonic. A classic ‘Old Fashioned’ or ‘(Dutch) Negroni’, presented with an ‘Oude’ Genever as the star will definitely be added to your cocktail shortlist.

Genever can also add the ‘what is that?’ quality that most of the best recipes possess. Daring and creative bartenders like to be the first on the block and using an off-the-beaten-path ingredient like Genever is just the ticket to get the conversations going. With its classic, historically significant brands (Bols, Rutte) and its ‘indie cred’ up and comer (Old Duff), Genever is the type of product that can continue to be discovered for years to come. 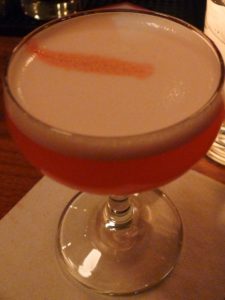 Method:   Add all ingredients to mixing glass (except bitters). Add ice and shake well.  Strain into chilled cocktail glass.  Garnish with one long dash of Peychaud’s bitters across the top of drink.

The ‘Flamingo’ first appears in the cocktail book, “Bottom’s Up” (Saucier, 1951). It was originally rum based. The genever and Peychaud’s are my idea. Enjoy!

Frank Caiafa is the former beverage director of Peacock Alley and La Chine at The Waldorf Astoria NYC and author of “The Waldorf Astoria Bar Book” a 2017 James Beard Award Finalist. His F&B consultancy ‘Handle Bars NYC/Global Inc.’ can be found here:  handlebarsnyc.com