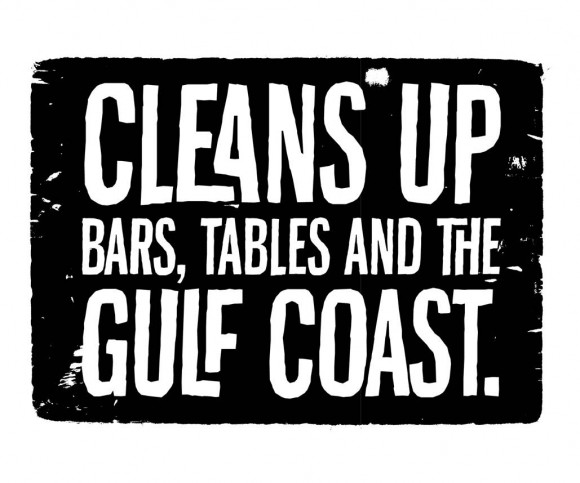 In an effort to support a seafood industry that plays such a large role in the culinary traditions of New Orleans, The New Orleans Culinary and Cultural Preservation Society will be selling a limited edition bar towel during Tales of the Cocktail. 100% of the proceeds from the sale of this bar towel will go directly to oyster shuckers who have recently been laid off due to the oil spill in the Gulf.

“Whether you want raw oysters, Oysters Rockefeller, Charbroiled Oysters or just an oyster po-boy, you wouldn’t get a taste if it weren’t for oyster shuckers,” said Ann Tuennerman, Executive Director of the New Orleans Culinary and Cultural Preservation Society and Founder of Tales of the Cocktail. “They’re an irreplaceable part of New Orleans culture so we just had to do something to support them in their time of need.”

TLC linen services has donated the towels and the New Orleans Culinary and Cultural Preservation Society has developed a design proclaiming that the towel “Cleans up bars, tables and the Gulf Coast.” Some 15,000 visitors, many of which are from outside the Gulf Region, will have the opportunity to support this on-going recovery effort by purchasing this towel.

The towels will be sold on a donation basis; a minimum donation of $5.00 per towel is requested.

Don’t miss your chance to clean the Gulf, Tales of the Cocktail style!