What’s fair game to reveal in a review of a restaurant’s opening night?
By Francine Cohen 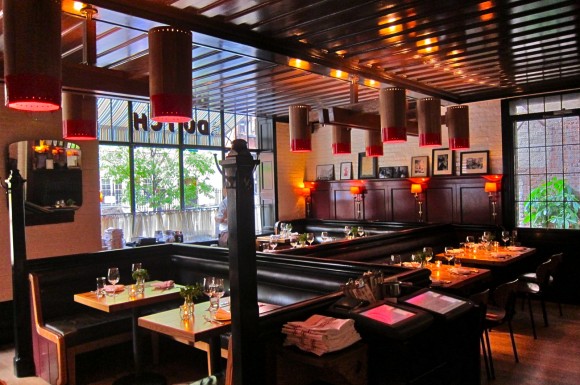 It seems this was a bonus week for New Yorker diners. First up, The Dutch. Chef Andrew Carmellini’s much awaited Soho restaurant that opened with a savory late night menu and compelling cocktail list to satisfy the hordes of hungry fooodsters (some of whom are even bold-print names, but there’s no need to go there). So many showed up for The Dutch’s opening nights that the dining room at midnight was buzzing so loudly it might as well have been high noon on the playground. www.thedutchnyc.com 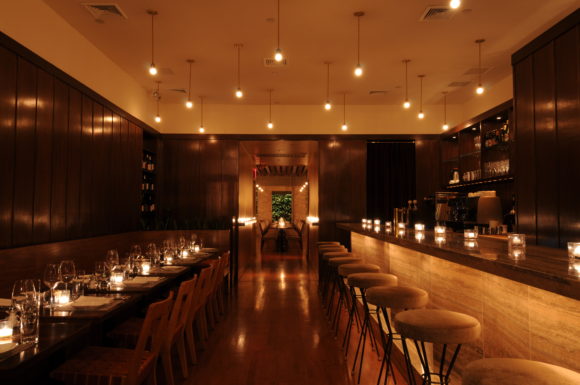 The first one in whites to step behind the stoves downtown was James Beard award-winning RJ Cooper; noted DC-based chef and Iron Chef contestant. Later this spring or early summer Cooper will be opening up his 52-seat prix fixe menu restaurant, Rogue 24.

To be completely candid, INSIDE F&B was there for Rogue 24’s dinner as the restaurant’s guest. And, while we encountered some bumpy service, giggles over utensils, a few dishes we didn’t love as much as the langoustines or the foraged Shenandoah greens, and it became a meal that was paced quite a bit slower than we had anticipated, we took it in stride; understanding that this was the first night they were open. We had expected the kinks and walked in knowing we might be more than welcome guests, we’d possibly be called upon to be willing guinea pigs. And that’s okay. In fact, we think it’s terrific. We’re always more than happy to get behind the scenes, see the wheels in motion and help steer the ship however we can.

Which leads us to wonder just when you think it’s okay for journalists and bloggers to start publicly releasing their critiques of a new restaurant. Are you of the mindset that once the doors are open all’s fair in love and war? Would you like to see some serious consideration paid to the fact that restaurants, like a good marriage, need a bit of time to settle in and therefore maybe there should be an accepted practice that an opening night review is always followed up by one a few months later to suss out what changes have or haven’t transpired? Where do you stand on this issue?

Todd Kliman of Washingtonian Magazine (and also a James Beard award-winner) has offered his readers an unwavering review of Cooper’s Rogue 24 menu that was served in New York City. How does this sit with you? www.washingtonian.com/blogarticles/restaurants/bestbites/19238.html

We have no problem with opening night reviews, as long as it seems the reviewer understands the basic premise that some restaurants need time to settle in. Due to the fact that the reviewer or blogger is supposedly the expert in this scenario, we charge them with the responsibility of clearly communicating the newness to their reader and highlighting, if necessary, what that means for a restaurant, so that critical thinking and fair assessments can ensue.

VALUE AND ARTISANAL’S REIGN IS HERE TO STAY