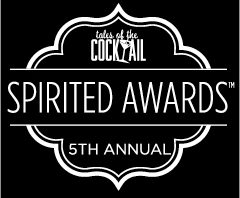 ONE TALE OF THE NEW TALES OF THE COCKTAIL