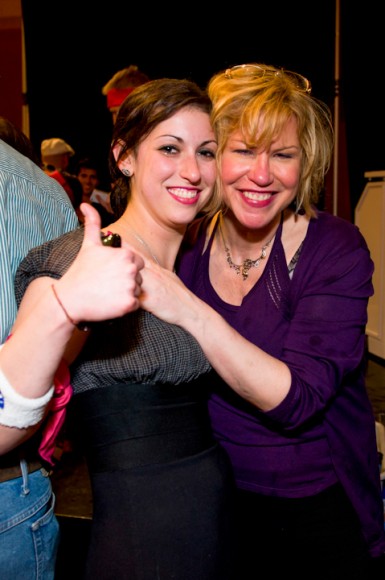 On Thursday, May 10th, Yael Vengroff (Miss Speed Rack NYC, and now a Houston, Texas resident) won the title of Miss Speed Rack 2012 to the collective rapture of what seemed like the entire US drinks community, all gathered at the Prince George Ballroom. In the final round, Vengroff narrowly beat fellow Texan Alba Huerta in a tense smackdown. 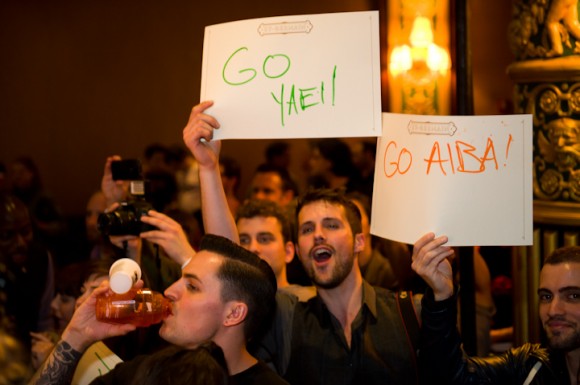 While the showing on the stage was great, so were the onlookers, other participants, competitors and the audience. Suffice it to say, if there had been some sort of unspeakable catasclysmic event there, much of the country would go awfully thirsty. The biggest names in the bar business were representing as judges, barbacks, and sponsors, not to mention those who attended simply to cheer on their friends and colleagues to support the cause.

The cause goes far beyond Speed Rack’s mission of showcasing some of the best talent possessing XX chromosomes in the country, it also raises significant funds for breast cancer prevention, education and research. To date, $68,500.00. This event, which was created and executed by Lynnette Marrero and Ivy Mix, two of the founding members of the New York chapter of LUPEC (Ladies United for the Preservation of Endangered Cocktails), has built a nationwide community while doing an outstanding job of spotlighting the female bartenders who are pivotal forces behind our new golden era of cocktail culture. Without people like them, and pioneers such as bar owners and Speed Rack event judges Julie Reiner and Audrey Saunders, a lot of us would still be consuming syrupy neon sludge from a gun as our only option, and probably not having too much fun where we drink it either.

For decades, women have worked hard to achieve this level of respect in the bartending community. Physically seeing the culmination of this progress together in one place proves how integral women have been to this business. Said Reiner as the night began, “We’ve come a long way, baby! Now there’s so many of you and it’s so inspiring. [I’m] So proud of Ivy and Lynnette.”

In a relatively short amount of time, Marrero and Mix have done a tremendous job assembling this level of talent and garnering supporters. As judge Dale DeGroff pointed out during the intros, “This is the biggest thing [of its kind] in America right now.” Degroff, who is considered one of the most important mentors in the business, has often pointed out that women are key facets of creating successful bar communities with their instinctive talents for creating recipes and cultivating a welcoming atmosphere for guests.

The Speed Rack tour was a guest in 10 key cities around the country. In each town they visited local female bartenders were put to the test to determine which was the fastest and who would travel to New York to compete in the final showdown. Competitors raced head-to-head to prepare four cocktails, one for each of the judges. 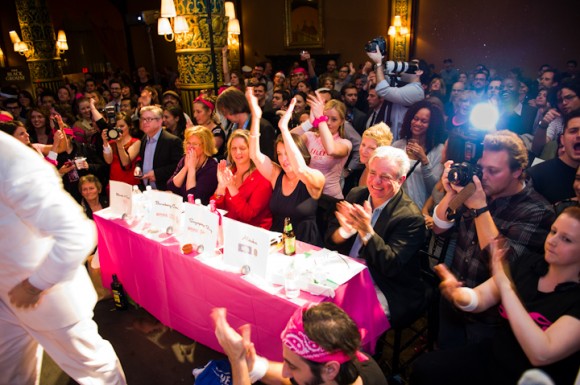 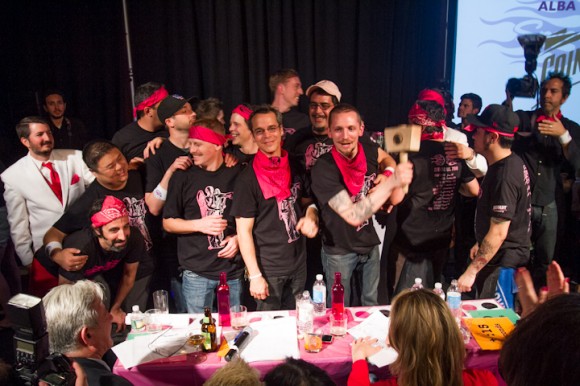 The cocktails were randomly chosen by the judges from a list of fifty standard recipes. Speed counts, but so does flavor and technique. Saunders’ critique can be especially discerning (said of a garnish in Round One: “…it was like the sinking of the Titanic!”), which is why she announced that once the competition is over, she can revert to a more nurturing style of support and encouragement. “How this thing has grown! I’m looking forward to going easier on you. I want to see some of you ladies step up and own your own bars.”

Freitag, who originates from solely a culinary background, was a little concerned for her alcohol tolerance. “I’m honored to be here. If you see me later in the crowd and I’m tipsy, forgive me.” For the record, she was seen later in the crowd, and she held up just great.

The great were separated from the merely great in the preliminary rounds which narrowed the competition down from sixteen to eight. Even a simple Daiquiri, which is, as Degroff called it, a “naked drink,” can show certain flaws, and potentially knock someone out. There were then four qualifying rounds before the two semifinals. 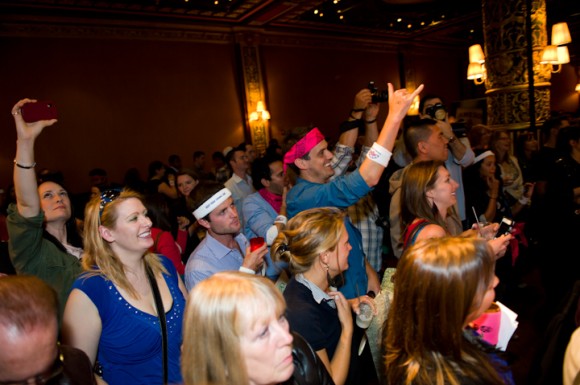 Despite a long, boozy night that lasted over five hours, the crowd kept its enthusiasm burning strong, with snacks from local businesses Viktor and Spoils, Pies ‘n’ Thighs, Clover Club and Steve’s Ice Cream, and the palpable energy re-fueled by those working the sidelines. The Ladies of Lillet in particular, among them brand ambassadors Amanda Boccato and Charlotte Voisey, should get some sort of Speed Goddess achievement award for maintaining their roller derby finest (and big smiles to match) throughout the night.

The night ended with a champagne toast (of sorts) to Yael. Congratulations, Yael! And congratulations to every last person who was involved in Speed Rack nationwide. Every last one of you is a winner as it seems impossible that any other industry measures up to the bartending community’s commitment to celebrate the hearts, minds and breasts of so many.

ARE YOU A STAR BEHIND THE BAR?