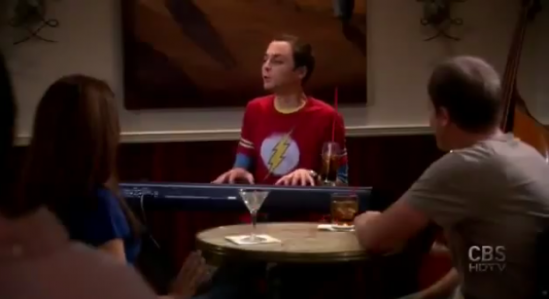 When the local drug store chain starts stocking multiple flavors of packaged beverages that turn into instant cocktails once you freeze them it is hard not to take notice. As a spirits industry professional you both want to applaud the fact that cocktails have gone mainstream to the extent they’re shelved next to the shampoo, and shudder as you wonder who, if anyone, is helping these drinkers educate their palates. Certainly not the cashiers.

While the drugstore cashier may not be any help in terms of putting great spirits in front of shoppers our pop culture mediums are doing their part; in the last few months, on USA Network alone, the nod to drinking well has been extensive. (www.usanetwork.com) First there was the very evident bottle of scotch sitting in Marshall Pitman’s office during a tense scene in Necessary Roughness and then there was White Collar FBI agent Peter Burke submitting to bartender training so he could go undercover (best line:”Neal, do we have bitters?”). And of course there’s the very prominent focus on a DonQ (www.donq.com) bottle during the Seth McFarland silver screen hit Ted. And let’s not forget about Sheldon “accidentally” imbibing a Cuba Libre in Big Bang Theory and banging out an enthusiastic rendition of “L’Chaim” from Fiddler on the Roof.

All of this leads one to believe that Americans care more and more about beverages to the point that it’s practically become the new pastime. But, just as a true baseball fan had someone explain the rules of the game to them so the nuances made sense, so too do the new breed of drinkers need some guidance.

Enter the drink sherpas; those editorial sites and apps that dispense wet wisdom while celebrating the rising tide of drinkdom.

Ian Stanczyk, co-founder of the OnTheBar app (www.getonthebar.com), comments on the rising interest in drinking and how it follows patterns the hospitality industry has seen before, “The drinking is following along the whole celebrity chef movement that started 15 years ago and now has gotten so mainstream. What happened in fine dining is what’s happening with fine drinking.”

A great thing for the spirits industry no doubt, and those who demystify it. Outlets like Hooch Life (www.thehoochlife.com), Tales of the Cocktail Spirited Awards winner Liquor.com (www.liquor.com), OnTheBar, and ShakeStir (www.shakestir.com) exist to guide imbibers through enjoyable (and responsible) alcohol enjoyment; and they do it well. Creating hope for better drinking (and spirited learning) everywhere.

Liquor.com Editor-in-Chief Noah Rothbaum is an industry veteran who has seen a significant change in consumer understanding and appreciation of alcohol over the years. Accordingly, he designs his content so that the site is the best educational tool it can be as it presents spirited knowledge for the youngest drinkers and oldest bartenders alike. Liquor.com handily spans the breadth of audience because they understand their readers’ needs and expectations. He explains, “We live in an age where people are no longer satisfied with just showing up at a restaurant or bar without doing prior research. Part of the eating and dcrinking experience is not just about going out. People derive a lot of joy in planning their outing. Everyone is trying to find the perfect restaurant or bar and now, with the resources on the internet, you can find something about the menu, the bartender, the chef, their feelings about cooking and mixology and what spirits they like to use. People are walking into a restaurant and bar with arguably more information than they’ve had before. It has gone far beyond eating and drinking for sustaining reasons. It transcends food, it’s entertainment. They aren’t just looking for a drink – they are looking for an experience.”

He continues, “That’s where we come in, trying to provide our readers and professional and home bartenders tips from the world’s best bartenders that are helpful to anyone of any skill level, sussing out trends, bar news that is both interesting and useful for them.”

When Liquor.com began they were pretty much a lone voice in the wilderness. Rothbaum remarks, “There was a void in the world for a place where people could get stories written by the best spirits writers and top mixologists. A place where they could also get great cocktail recipes in one place. That information you could find in different places piecemeal. To bring it together was something the people needed. The type of resource that as they get more sophisticated they need and they want.”

Reaching the increasingly interested drinker was an impetus for Hooch Life coming online. The site aims to provide engaging drinker edification that results in smart and informed choices. Marshall Altier, a founding partner and Senior Contributing Editor, comments, “I really like the concept of empowering the consumers by giving them an insider track into the opinions of insider pros. This goes back to what we did with How to Booze (his book); it was about demystifying the process and showing that you can do it at home.”

He continues to explain Hooch Life’s approach, “It’s intended to be smart and lifestyle driven. With [articles and input from] an elite network of people throughout the country offering opinions of where to go readers can tap into the mind of the professional bartender. We’re sort of offering people the chance to learn if they want to but not spending their entire day researching a topic. We want it to be a quick read but to make you feel like you’ve learned something and then feel empowered to go to the bar and learn more.”

While Hooch Life is inspiring readers to visit bars for more education and a good drink, the popular app OnTheBar is helping them decide just which one to choose; based on who is working that night.

This is proving to be beneficial to bars, bartenders and brands. Stanczyk explains, “The app is building loyalty with regulars, giving them means to keep track of their favorite bartenders. The more people who come in to see a specific bartender that’ll mean more tips. On the brand side the app gets itself in between two purchasing decisions: 1) ‘Where am I going to go? 2) Now I know where I’m going to go, now what am I going to drink?’ We see ourselves uniquely positioned to influence that.”

The brands definitely see the value in supporting an app that drives decision making in a closely targetted way. Scott Goldman, President Combier USA (www.combierusa.com), embraces the technology that provides real opportunities to influence consumers and move product. He says, “The spirits industry has always been an old man’s industry and is coming to the point where it’s coming into the 21st century. With advertising and PR I’m finding it’s more effective to do something online versus hiring models in short skirts to walk around with shot glass. There are more effective ways to reach your target audience. You could go into a bar to hire people to do a shot program but there’s a good chance that half the people in the bar wouldn’t be interested in your product. When you go online you can customize your audience.”

The audience to be influenced straddles both sides of the bar so it’s a good thing technology has caught up. On the trade side the result of harnessing this technology is strong community and business building. Goldman shares the thinking behind ShakeStir, “We’re setting up a community to share ideas and talk with one another. To advance the careers of bartenders and the industry in general by that sharing of ideas.”

He continues with an example, “What if I’m in Minneapolis? If I’m in Minneapolis I can get an idea of what’s going on in the rest of the country. These bartenders sometimes needed to wait for another issue of a magazine to come out to see what they’re doing across the country. Someone in Madison doesn’t need to wait for the next issue to come out to be inspired with a new cocktail idea – they can be inspired instantly by getting on ShakeStir.”

Stanczyk is inspired to learn his app is a useful business building tool. He notes, “Inspiring guests to visit a particular bar is the business building tool that OnTheBar provides to bars, restaurants, and bartenders. Anecdotal evidence comes from bartenders who use the app telling me about instances in which a customers come in for a drink when they normally wouldn’t because they received a notification that so and so bartender was on the bar.” Don’t believe Stanczyk? It’s true. Proof comes from
Rob Cryan, bartender at Osteria Morini (www.osteriamorini.com) in NYC who says, “A guest came in and told me she had just been walking by the restaurant when she got the notification I was on the bar. So she turned around and came in for a drink and a bite to eat. As she said, ‘I’m here. Why not?!’”

Cryan isn’t the only bartender who has harnessed the power of this app to build his business and inspire America to drink better. Michael Ray, the beverage manager and a bartender at Forum in Boston (www.forumboston.com), says, “I think these guys have designed a marketing tool that will explode in the near future. I have taken to the viral self marketing of social networks. It is the best free way to get my name and the place I work at and for out there in the public eye and what I consider my market socially and business wise. OnTheBar allows me to check in when I get to work and email notify my followers ( guests I hope and not stalkers) and it also links to my FB and twitter accounts so any and all know that I am at work. I would say that as the spectrum of local users grow and the people who pay attention to tweets and Facebook. It works.

I would say at least twice a week someone or a group of someones come in and say ‘I saw you were on the bar and came to say hi and have a cocktail.’ I love seeing who is on so I can do the same when I’m out.”

Out and about or in for the evening, there are now myriad opportunities to learn how and why to drink better and do more business. While these apps and sites are not necessarily a formalized cocktail college (though that sure sounds like fun) they are on the forefront of making sure America drinks better. Better than you’d guess when considering that people can easily spend minutes standing under the fluorescent lights debating which daiquiri flavor to throw in their basket along with the conditioner.