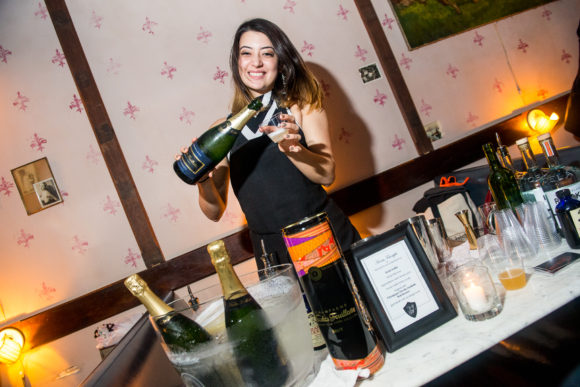 With events like New York Champagne Week, which is only in its second year and has already experienced an incredible amount of notoriety, it brings to mind an important question about the future of champagne as not just a celebratory beverage on its own, but a key player in the cocktail world.

The French 75 and the Kir Royale – both cocktails that feature champagne – are staples in the classic cocktail category, but as we’ve seen from events such as this one on Nobember 4th, versatility is the name of the game. 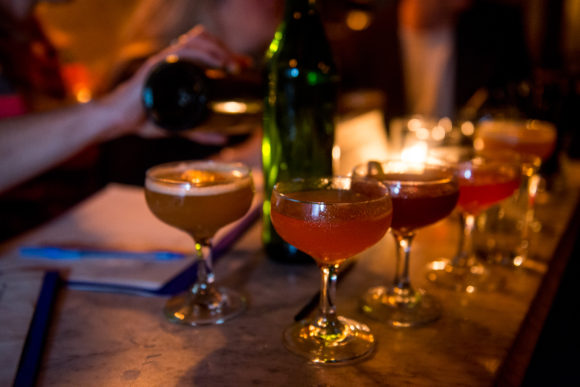 Champagne and cocktail lovers alike came together for the first consumer event of New York Champagne Week 2014 to see bartenders from around New York City compete for the title of best champagne cocktail. Sponsored by Nicolas Feuillatte, these competitors took over Evelyn Drinkery and created some truly outstanding tipples for people to sip on and enjoy as they talked about all things bubbly.

For Rob Bigelow, Master Sommelier and Senior Director of Wine Education and On-Premise Development for Ste Michelle Wine Estates, the future of champagne cocktails looks bright, and won’t be slowing down any time soon. He says, “It’s my opinion as a master sommelier and the opinion of most mixologists that champagne is the superior choice for sparkling wine in a cocktail, and that has to do with the quality of the grapes it comes from. At the end of the day, it’s just better.”

The competition ended with a bit of a twist; two competitors came away with the first place trophy, that trophy being a magnum bottle of Nicolas Feuillatte and the possibility of having their cocktail featured at Tales of the Cocktail 2015. Marlo Gamora of Jeepney and James Menite of The Plaza Hotel were crowned the two winners of the evening, with Micaela Piccolo of Distilled NYC coming away with the People’s Choice award. 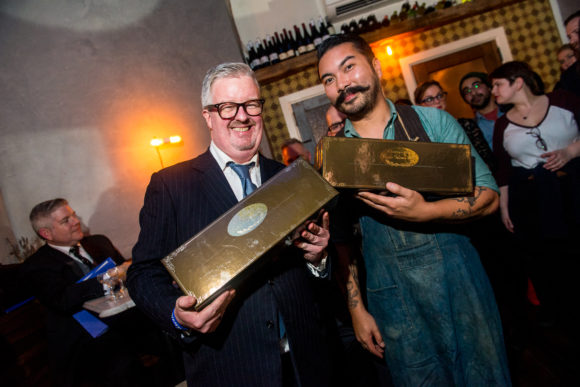 A tie in a cocktail competition is fairly unheard of, but it signaled something exciting that industry insiders have known for a while; that Champagne cocktails are on the rise. It also means that competitions like these are finally being seen as ways to showcase the creative use of a base spirit like Champagne, and not just for bartender bragging rights or awareness of a certain spirit brand. In a display of excellent sportsmanship, Gamera and Menite accepted their equal first place win with joy, hugging it out and congratulating each other on a job extremely well done.

Gamera’s win with his drink The Pastry War meant first taking on the job of thinking about champagne in a whole new way. He explains, “I never thought mezcal and champagne would go together, I’ve never made a mezcal champagne cocktail before and I figured, why not? Mezcal is a great spirit and champagne as well. I took a dash of absinthe to tie them both together, then added a form of Asian expression from my background into the cocktail to really balance them out.”

Menite had similar sentiment about his approach to creating his winning cocktail, the Doit Anoir, which featured Salerno Blood Orange Liqueur as the base spirit. He notes, “I wanted to do the first egg white champagne cocktail. I’d never seen it done before and I thought it would work really well with the Salerno blood orange liqueur and the Ramazzotti Amaro. I don’t know if Salerno has ever been used as a base spirit, people mostly use it as a mixer. I wanted people to see it can be used as a base spirit. I wanted to showcase the Salerno and the champagne and how well they worked together.”

Whereas most champagnes ring in with a fairly hefty price tag, making working them into a drink menu not the economical choice for using in cocktails, Bigelow believes it’s brands like Nicolas Feuillette that end up coming out on top based on the low price point and the younger and hipper personality. 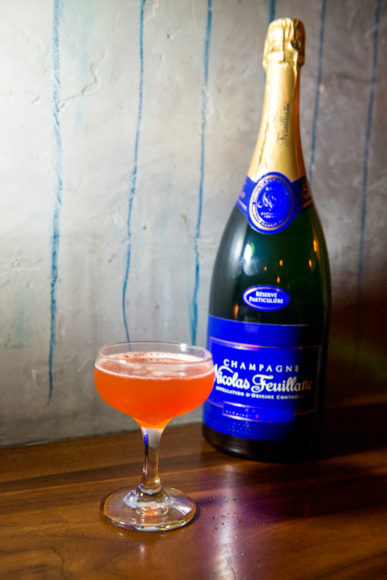 Cocktail innovation tends to be the focus for many of these competitive events, but there is also an element of education that comes in as well. Mixologists of this caliber know what makes a good cocktail great, and by discovering that champagne serves as the perfect balancing agent, it’s only a matter of time before the bubbly becomes a regularly featured ingredient in many a cocktail.

Charlotte Voisey, Brand Ambassador for William Grant & Sons, which provided all the spirits, comments, “It’s nice to see champagne in the industry getting the recognition it deserves. Champagne is a fantastic source of acidity, and that’s the key ingredient in any cocktail to balance everything out, and as we saw tonight, it goes well with every spirit category too.”

The cocktail industry sees its fair share of changing trends, with a particular drink being all the rage one day and yesterday’s news the next day, but when it comes to champagne cocktails, the attitude is fairly clear; they aren’t going anywhere.

We’ll cheers to that. 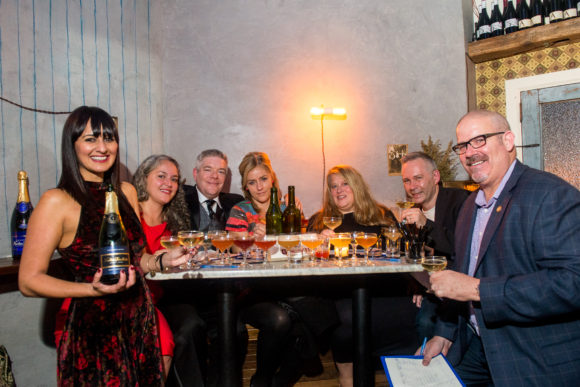