In recent years, there’s been a lot of buzz around Detroit- both figurative and literal. For one,
the city is in the midst of a major renaissance- showing the strongest economy in decades and
experiencing unprecedented residential and commercial growth. Then there’s actual buzz as Detroit unexpectedly leads the charge in…beekeeping and bee preservation. And just like the bees’ pollination efforts are crucial to the ecosystem, they’re proving equally valuable to Detroit’s food and beverage scene.

Detroit Is The Place To Bee
The greenery appears in the afternoon sun as a sort of oasis in one of the nation’s most
notorious concrete jungles. The late afternoon low winter sun casts a hazy golden glow that just
slightly dulls the colors of the otherwise vibrant urban garden. Timothy Paule and Nicole
Lindsey, decked out in full beekeeper suits, check their professional-grade bee hives. As they
pull out a colony, the bees buzz around at a dizzying speed. It’s hard to tell whether or not the
bees are angry, happy, or just annoyed that they have to work on the weekend.

Behind them, a colorful mural on the fence mirrors the reality of the garden- busy bees, thriving
flowers, and an overall sense of blossoming prosperity. This is the home of Detroit Hives, a
nonprofit beekeeping organization with the motto of “Detroit is the Place to Bee.”

While Paule and Lindsey do their best to remain humble (or bumble), their accomplishment has
become somewhat symbolic or Detroit’s larger renaissance. Just over a year ago, this lush
garden, now buzzing with life, was a gray, abandoned, trash-filled lot with tires and other debris
strewn haphazardly around it.

Where Grass Grows Today, Only Weeds Grew A Year Ago
The transformation from decrepit eyesore to flourishing urban oasis began in 2017 when the
duo, certified beekeepers, purchased the parcel through the Detroit Land Bank Authority, an
organization whose purpose is to sell once-blighted plots to nonprofits, with the intention of
creating a sustainable urban garden with a focus in beekeeping.

While some might see Detroit (a city more renowned for its dilapidated infrastructure and
creeping blight) as yet another sign of the strange, pseudo pre-apocalyptic times that we are
living in, Paule and Lindsey are just two of the Detroit beekeepers that have taken advantage of
the blight and turned it into a bright future- for bees, beer, and neighborhoods.

In the past few years, beekeeping has become somewhat of a crucial endeavor as due to the
declining population of bee hives throughout the nation. According to a recent study conducted
by the Apiary Inspectors of America (AIA) and the United States Department of Agriculture
(USDA), beekeepers in the United States lost 44 percent of their colonies between April 2015
and April 2016. While the causes are still largely unknown and subject to criticism and
controversy from subject matter experts, researchers, scientists, and special interest groups,
the fact remains the same: bees need places to live and thrive.

Vacant Land and Venture Capital
Detroit Hives are not alone in their endeavors. Many other organizations and individuals have
begun to capitalize on the opportunities presented by cheap land and an abundance of social
grants designed to revitalize both the city and the environment.

In 2009, professors John Mogk and Mary Weindorf of Wayne State University in Detroit
published one of the first academic papers about what many at the time may have considered a
ridiculous endeavor- beekeeping in a decaying urban jungle. At the time, Mogk and Weindorf
made the argument that “tens of thousands of lots are not maintained and blight their
neighborhoods, lowering adjacent property values and contributing to further abandonment. In
addition to vacant land, there are more than 75,000 abandoned residential structures. Some
neighborhoods are more than fifty percent vacant. Citywide, thirty percent of residential
parcels no longer have homes on them.”

Green Garage, a Detroit-based green incubator focusing on assisting startups focusing on social, environmental (or ecological) and financial growth, asserts that there are somewhere between 500 and 600 honeybee hives within the Detroit city limits. With approximately 30,000 bees dwelling in each hive, that’s a lot of buzz.

Detroit Hives has been an industry leader in the expansion of urban beekeeping efforts and in just a few short years, has expanded to approximately 35 hives in nine locations (five lots, two schools, and two community gardens).

The importance of urban beekeeping cannot be understated as providing a sustainable model
for colony growth and development is tantamount to replenishing the dwindling bee
population. Experts believe that urban areas provide an ideal environment for this dynamic due
to the lack of natural predators in the area. Urban beehives have also been shown to produces
healthier bees with greater biodiversity and stronger immune systems than those in rural
environments. This is largely due to the fact that urban bees are exposed to more diverse plant
life than those on farms and in other rural areas. Additionally, hives in Detroit and other urban
areas are less likely to be exposed to pesticides than their rural counterparts.

Bees In The Food And Beverage Business
As bees start to outnumber Detroit residents, their impact is felt far beyond that of environmental sustainability. Not only does Detroit Hives sell their own brand of honey, but their honey can be found in several local brands of food and beverage.

For Paule, this focus on local ingredients is important for local communities. “People are realizing the importance of using local organic ingredients in the food we eat. Almost seventy five percent of honey that you buy in stores isn’t real honey. Detroit has been one of the most food insecure cities and we’re hoping to help change that.”
For customers who are “busy as a bee,” Detroit Hives also delivers honey via a partnership with DoorDash. They are currently the only farm product on DoorDash in the Detroit area.

The bees’ honey currently supplies a major ingredient for Black Bottom Brewing’s distinctive Detroit style craft beers as well as Slows BBQ sauce. (Slows BBQ is a Detroit success story in of its own, transforming an abandoned block into a prosperous restaurant.) Detroit Hives honey is also used in the pizza crust at Grandma Bob’s (a Detroit staple) and in their mixed cocktails as well as in the mixed drinks at Detroit’s iconic Imperial bar.

B. Nektar brewing company located just outside of Detroit, which is currently the largest meadery in the U.S., uses local honey is currently in numerous seasonal beers, including their well-known Zombie Killer, a cherry and honey-based hard cider as well as their recently released Cherry Pie mead, a brew based on a cherry pie recipe and incorporating tart cherries, honey, and actual pie crusts.

The honey is also found in many of their regular recipes. The Rhube Strawberg, a 6.0 ABV mead, combines honey, strawberry juice, and pressed rhubarb juice, noting that “the Rhubarb’s tart flavor goes perfectly with the sweetness of strawberries.” Their Episode 13 3 Year Reserve
features honey wine aged in bourbon barrels for 36 months. The deep fermented honey, combined with notes of earthy buckwheat and light caramel, give this brilliantly golden brew a serious punch with a sweet, caramel aftertaste. 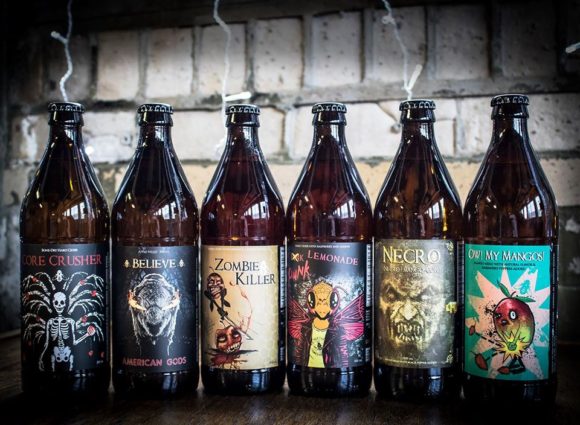 In addition to creating award-winning brews, B. Nektar brewery regularly hosts local food trucks- all of which are local to Detroit and feature some element of authentic Detroit cuisine including TruckShuka (specializing in Israeli cuisine), Senors and Simply Spanish food trucks, and Michigan legend, the Detroit Panzerotti Company

You might say that the bees are taking “catching a buzz” to a whole new level. 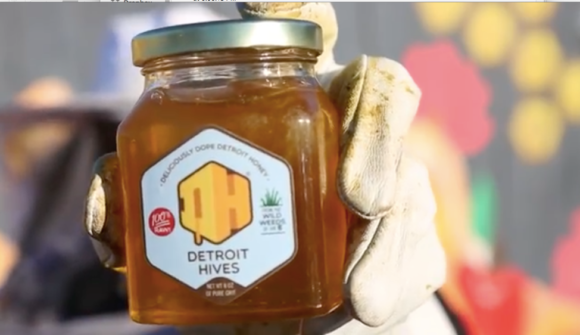 by Inside F&B
Partners