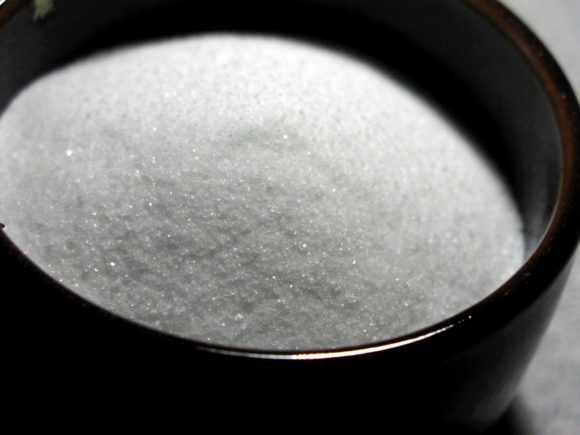 A chef needs salt like a surgeon needs a scalpel. In the wrong hands it can be a dangerous tool, but this integral part of almost every recipe can bring a dish to life when in the hands of a trained culinary professional. Nevertheless, Brooklyn, NY State Assemblyman Felix Ortiz has proposed a ban on salt in New York City restaurants.

In what may be a misguided attempt to help manage the health concerns of his constituents, Mr. Ortiz, along with other salt haters, proposed Assembly Bill A10129, a bill which takes things to the extreme, calling for an end to all salt usage in prepared food in restaurants in New York City. The bill language reads in part, No owner or operator of a restaurant in this state shall use salt in any form in the preparation of any food for consumption by customers of such restaurant, including food prepared to be consumed on the premises of such restaurant or off such premises.

While nobody doubts the potential dangers salt can have on the human body if overused, an outright ban in all food preparation is drastic and unrealistic. What Ortiz and his fellow politicians (who probably don’t have any culinary training) are forgetting is that salt is a integral ingredient in a wide range of foods, like bread, bacon, pickles, sweets, sauces and more.

So why go after this particular seasoning? Chef Seamus Mullen of Boqueria Restaurant in New York says, “Sugar is much more pressing issue than salt. Salt is absolute necessary to make food taste good, to preserve food and to care for food. Sugar is superfluous and causes far more problems than salt.”

Sugar may, in the eyes of Mullen, be seen as the greater evil, but Ortiz is still pushing forward with his salt ban and ignoring the dangers of other food additives. In explaining his position The Honorable Mr. Ortiz says, “It’s imperative that we reduce our intake of salt, so as to reduce the frequencies of heart attack, stroke, and death. Studies have shown that if we reduce the salt in our diet by as little as half a teaspoon per day there would be between 54,000 and 99,000 fewer heart attacks each year and between 44,000 and 92,000 fewer deaths. Many people fail to realize the high levels of sodium in one restaurant meal, levels that are triple the amount of sodium needed in one day.”

According to a quote in a recent FoxNews.com article, the amount of sodium that is ingested by diners in one day is of great concern to Ortiz. He says, “the bill clearly states that the consumer will have the right to ask whether an item is being prepared with sodium and also to either minimize or maximize [and] will allow the chef and the consumer to have a conversation about what we can add or not add.”

Actually, that’s not how the bill reads at all. With the bill written as it is this bill is clearly taking away the right from consumer, not empowering them to make their own decision.

But that doesn’t keep Chef Michael Psilakis of Kefi from encouraging democratic decision making when it comes to salt intake. Psilakis always concerned about the dietary needs and restrictions of his guests comments, “I understand the health concerns about salt, but feel that this proposed ban in all restaurant cooking is ill advised. When used properly to flavor food cooked with fresh ingredients salt is not nearly as detrimental as it is in processed foods that are mass produced. As a chef and restaurateur I am always willing to prepare dishes without salt, you only need to ask! At my restaurants people sometimes do request little or no salt, and we are always accommodating and hopefully able to give the guest exactly what they want.”

With the passage of this ban guests may not get anything close to what they want as excluding salt from cooking not only impacts taste, and in some cases, the genetic makeup of foods. Chef Kenny Callaghan of Blue Smoke isn’t sweet on this decision to ban salt. He says, “This is not a good thing! There is really no reason to impose this on anybody; people can choose to live their life anyway they want. And the restaurant scene in New York City is great! People go to restaurants here because they like the way the food tastes.”

The impact on chefs who ignore this new guideline is tough – any chefs caught adding salt would be slapped with a hefty $1000.00 fine. But how will this ban be enforced? Is every kitchen going to have salt police?, or will the health department come searching for salt inclusion the same way they recently went after Pegu Club for its use of egg whites in cocktails?

Time will tell, but if this ban on salt goes through Assemblyman, Ortiz may find it hard finding a dinner reservation in New York. Looks like it could be low sodium microwavable meals at home for him.