Summer is coming to a close which means in a few more weeks covers will start getting back up to their pre-summer levels, brands will kick off their 2012 marketing budgets, and kids go back to school and their fall soccer leagues.

While it might not seem as if underage soccer enthusiasts have anything to do with spirits and spirit competitions, they do. Think back to when you were running around on that soccer field and how much you loved the game, the team’s camaraderie, and winning.

But is it really winning when almost every spirit gets a medal the same way every kid on the team gets a medal for showing up? The new breed of cocktail competitions doesn’t think so. In fact, Paul Pacult, founder of the Ultimate Beverage Competition, was quoted in an earlier story (insidefandb.com/2011/07/baby-you’re-the-best-2/) as saying, “We’re differentiating ourselves from just about all other competitions which issue medals like peanuts at the circus.”

The aversion to the “every kid in the class gets a Valentine” mentality and the blind judging by spirits buyers who evaluate spirits by pricing bands within each category is also what sets the New York International Spirits Competition (NYISC, ) apart from existing competitions.

Though NYISC does awards medals, founder Adam Levy confirms that they don’t get distributed as freely as they seem to in other competitions where the ratio of entrants to awarded medals runs high.

That fact is important to small brand owners like Brian Facquet of Bootlegger 21 Vodka (www.prohibitiondistillery.com). He says, “Some competitions give out like 100 medals. It’s like when you were a little kid and you’d win a 15th place medal. One of the things in the International New York Spirits Competition that’s cool is that when you look at how many vodkas were in our category you see that there were 30 or 40 vodkas; and only five or so won a medal.”

Finlandia Vodka (www.finlandia.com) is one big brand that regularly finds value in entering these spirits competitions as they are frequent winners. But, according to Brand Manager, John Hodges, his brands and others should really only receive medals when deserved. Which is why he’s pleased that there’s a fresh approach to competitions. He remarks, “At Finlandia Vodka, we are in favor of it due to our meticulous quality standards (six row barley, pure glacial spring water, triple distilled) as we feel it showcase those brands who are doing it the right way and focusing on quality rather than just a marketing story. There are a lot of brands that cut corners out there and it is an advantage to us since we produce the highest quality vodka and maintain rigorous standards.”

One of the advantages to being selective about handing out medals, or not handing them out at all, as is the Ultimate Spirits competition’s approach, is that there’s little confusion about the value of the award. Things often get confusing to consumers when they see accolades like “double gold” because nowhere else, but in spirits competitions, do such designations exist. And, as bartender Giuseppe Gonzales says, “How am I going to sell this to a customer just by telling them it won a double gold?”

That misleading double better than ever award holds minimal value for the consumer who will simply be confused by it and not know the parameters against which this “winning” spirit was judged. Stephen Myers of Ilegal Mezcal (www.ilegalmezcal.com) notes, “I think the New York International Spirits Competition is one of the most consumer relevant and appropriate available to brands today. It allows brands to go up against each other in similar price categories and as a result is able to provide consumers with a greater level of information concerning spirits of all price ranges.”

While it’s refreshing that some new competitions have been launched that preach and practice transparency it’ll be interesting to see how they thrive in future years. Facquet concludes, “The downside of doing an honest competition is that burning question of ‘If you’re not handing out medals to everyone are your brands going to come back again?’.” 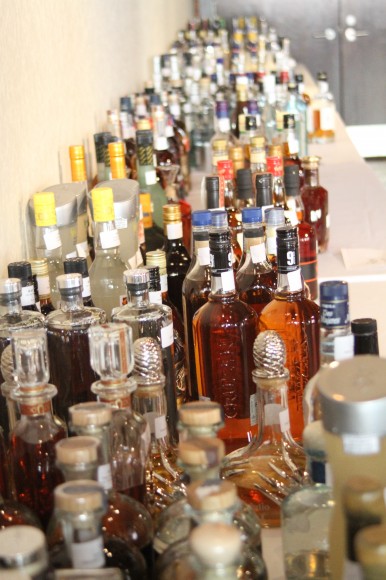 YOU’VE GOT THE LOOK