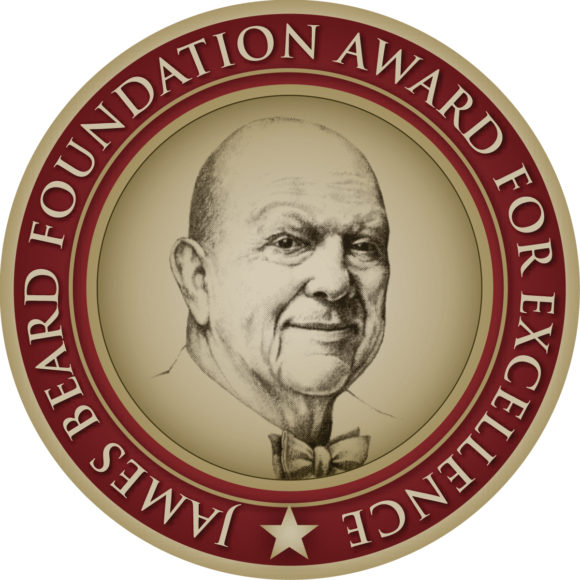 New York, NY (December 19, 2013) – The James Beard Foundation is proud to announce a distinguished panel of jurors that will serve as the judging authority for the 2014 Restaurant Design Awards. This panel invites restaurants, architects, interior designers, and graphic designers to submit their projects for consideration for the 2014 Restaurant Design Awards. The distinguished 2014 jury includes Kristina O’Neal, partner of the James Beard Design Award-winning firm AvroKO in New York City; Clive Piercy, the founder and Creative Director of the Santa Monica, California-based air conditioned design, and a James Beard Design Award nominee in 2012; Los Angeles restaurateur Caroline Styne, a 2012 James Beard nominee for Restaurateur of the Year; Adam D. Tihany, widely regarded as one of the world’s preeminent hospitality designers and an early pioneer of the restaurant design profession; and Marion Weiss, cofounder of WEISS/MANFREDI Architecture/Landscape/Urbanism in New York City, and the Graham Chair Professor of Architecture at the University of Pennsylvania.

The Restaurant Design Awards were established by the James Beard Foundation in 1994 and have become highly coveted by visionary designers nationwide. “The design of a restaurant is absolutely essential to the overall experience,” said juror Adam D. Tihany. “It is the first impression, a direct extension of the chef, his food and personality. Together, the partnership between design and cuisine create what we understand as dining today.”

Any restaurant or design project that was completed or redone in North America since January 2011 is eligible, and the deadline for entry is Monday, January 20, 2014. The Restaurant Design Awards are comprised of two categories, Restaurants of 76 seats and over; and Restaurants of 75 seats and under. Architecture, Interior Design, Graphic Design, and all other design aspects of a restaurant will now be considered comprehensively in each submission for restaurant design. “The JBF Design Awards signify our commitment to honor all aspects of the culinary industry,” said Susan Ungaro, president of the James Beard Foundation. “The judges will be looking for candidates where excellent design is an integral part of the restaurant’s overall concept.” All those interested in submitting projects for consideration should visit awards.jamesbeard.org/ for the complete guidelines. The nominees will be announced at a Nominees Breakfast in Chicago in March, with the winners named at the Awards Ceremony on May 5, 2014.

The committee overseeing the awards process is made up of architects, curators, interior designers, and graphic designers who are experts in the field; it’s this committee that has chosen the jurors who will judge this year’s entries. This year’s committee includes James Biber, principal of Biber Architects in New York City; David Darling, co-principal of Aidlin Darling Design in San Francisco and a past JBF winner; Brooke Hodge, director of exhibitions and publications at the Hammer Museum in Los Angeles and chair of the JBF design committee; Dung Ngo, Senior Editor for Architecture & Design at Rizzoli International Publications, New York City; and Chee Pearlman, design editor, curator and principal of the Chee Company, Inc. in New York City.

The James Beard Foundation Awards Ceremony and Gala Reception will take place at Lincoln Center in New York City on Monday, May 5. During the event, which is open to the public, awards for the Restaurant and Chef and Restaurant Design categories will be handed out, along with special achievement awards including Humanitarian of the Year, Lifetime Achievement, Who’s Who of Food and Beverage in America, and the America’s Classics. A gala reception will immediately follow, featuring top chefs and beverage professionals from across the country.