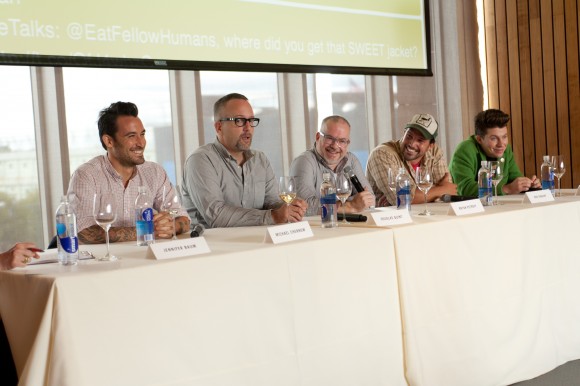 Warner, perhaps the most candid of the bunch, was originally working as front of house staff in restaurants throughout New York City when he decided to open NY’s Bed-Stuy-based restaurant Do or Dine with friends, and without any formal culinary training. While he has always been a bit of a trendsetter, his relationship with the media from the beginning was quite unconventional. He recounted the story of how he reached out to a food editor of the New York Times to let them know of his restaurant’s opening with a simple Tweet reading: “Yo, we open.” He notes, “The next thing I knew END_OF_DOCUMENT_TOKEN_TO_BE_REPLACED

Chefs and Mixologists Collaborate on Taste of the Nation NY – Monday, May 23rd
By Francine Cohen 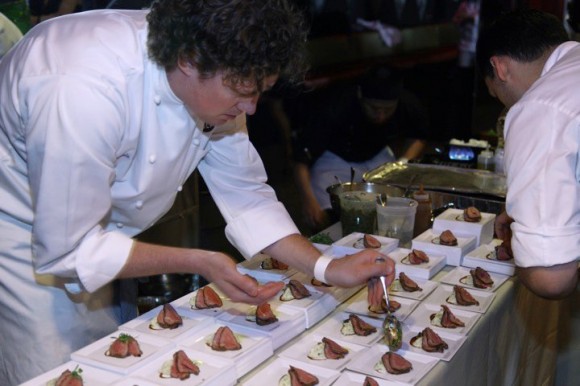 What did you have for breakfast this morning? For lunch? For dinner? What was that midnight snack you scarfed down with some cocktails or a post-shift beer? Well, whatever it was its likely more food ingested at one meal than many underprivileged kids eat in a day.

Did you think about this fact as you slurped down those oysters, chomped on that bacon, or twirled the other end of your French fry in ketchup? Probably not. And, while we’re not here to make you feel guilty for enjoying the food you can afford to put in front of you, we’d love to have you think about what you can do to help put food in front of 17 million American children who are at risk of going hungry every day.

On Monday, May 23rd, join us for Taste of the Nation NY 2011 and put your ticket purchase to work towards an end to childhood hunger in America so that hungry children grow up to be well-fed productive members of society.

Maybe next year you’ll even join us by participating in the event, but first, we’d just love to see you there Monday night.

Here are some facts to consider:
Nearly one in four kids in America can’t count on having enough to eat. Their bodies may not be rail thin, nor their bellies bloated like their counterparts in other countries, but they’re at risk of hunger all the same. They lack the energy to learn, grow and thrive.
• More than 17 million kids in America are at risk of hunger. That’s nearly 1 in 4.
• 15.5 million kids in America live in poverty.
• 20.1 million children benefit from SNAP (food stamps).
• 19 million kids get a free or reduced-price school lunch on an average school day.
• Only 9.4 million kids get a free or reduced-price school breakfast on an average school day.
• Just 1 in 6 eligible kids get free summer meals.
Sources: U.S. Dept. of Agriculture; U.S. Census Bureau; Food Research and Action Center.

And here’s why your fellow chefs get involved:
Daniel Humm (Eleven Madison Park www.elevenmadisonpark.com), supporter since 2006, presenting the Humm Dog paired with a spicy michelada created by Jeff Bell of PDT, says, ‘There are so many opportunities in New York to work with countless charities. For me, Taste of the Nation is a chance for chefs and foodies to come together to raise money to end childhood hunger. It’s such a rewarding evening for everyone, I’m honored to be a part.”
END_OF_DOCUMENT_TOKEN_TO_BE_REPLACED