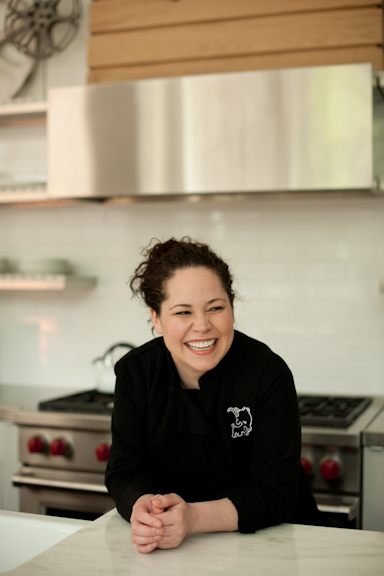 Of course you wouldn’t be wrong to refer to Chef Stephanie Izard as the fourth winner of Bravo’s Top Chef competition, but really you’d sound like an ignoramous for shirking your restaurant industry history and not fully recounting her provenance; thereby giving her credit where credit is due (while looking really smart yourself for having and sharing this knowledge).

This isn’t the first time we’ve mentioned Izard in INSIDE F&B and it’s true that this fourth season winner may not have been in front of the camera when this influential television program began, but to her “1st” credit she is the first (and only) woman to have won Top Chef. What else has Izard done first? Well, she helms the restaurant that was the subject of Saveur magazine’s (www.saveur.com) first ever restaurant review and her first James Beard Award (www.jamesbeard.org) nomination for Best New Restaurant came around the same time she was first nominated for Food & Wine Magazine’s Best New Chefs list (www.foodandwine.com).

Before having to face all those hungry south Floridians we warmed up Izard with a few questions. See what she has to say about her first END_OF_DOCUMENT_TOKEN_TO_BE_REPLACED