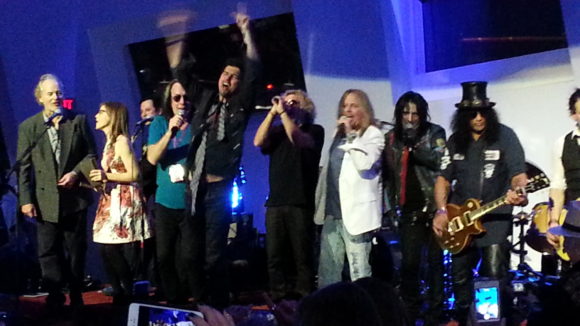 A few days ago, Bill Murray made headlines for taking ten seconds out of his Academy Awards appearance to pay tribute to his deceased collaborator Harold Ramis. But just three nights prior, the actor spent an entire, lengthy evening February 27 clowning onstage and off as co-host of a Las Vegas fundraiser for another former collaborator, Chef Kerry Simon.

What got the relatively publicity-shy Murray involved in Simon Says Fight MSA? This was more than just a random good cause: He and Simon started their respective careers making pizzas as teenagers at a Little Caesars in Evanston, Illinois. “He was a blues guitarist, I was trying to be an actor, and we were both starving,” Murray recalled, ruminating on the joys of eating raw pizza dough. The comedian spent much of the night cracking up the audience (most of whom paid $500-1000 to attend) and gently roasting Simon, including leading everyone in a chorus of “Happy Birthday” to the chef–about four months early–and referring to him as Jerry and Barry at times.

Murray was far from the only luminary to appear at the Keep Memory Alive Event Center that evening. Chefs attending and cooking included some of the biggest in the industry: Simon’s mentor Jean-Georges Vongerichten , Daniel Boulud, Michael Mina, Charlie Palmer, and Wylie Dufresne, as well as several of the Vegas Strip’s most prominent names. On the liquid side, Francesco Lafranconi assembled a who’s-who of Vegas mixology to helm the bar, including Tony Abou-Ganim, Max Solano (Emeril’s Restaurants), David Cooper (Carnevino) and Chris Hopkins (Wynn/Encore resorts) , each of whom served original cocktails with spirits donated by SWS.”The room was full of people that have a personal, vested interest and a true love for him,” Palmer told Inside F&B afterward. “It says a lot for the kind of person Kerry is and how many lives he has affected.” 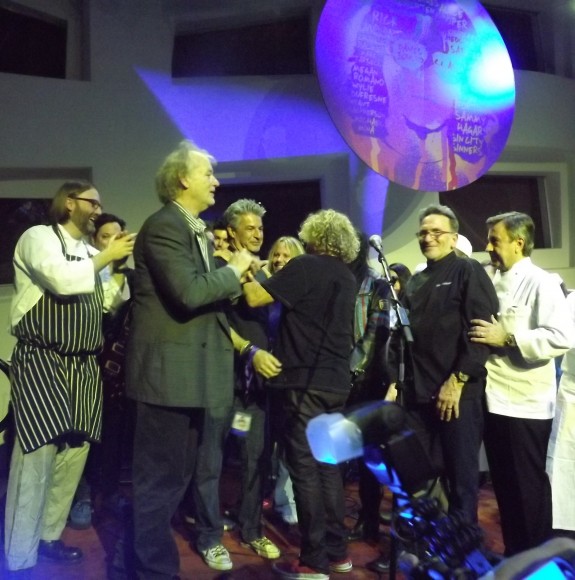 If you’re getting the picture that this event was a bit different than the average culinary charity gala, here’s why: Simon, who owns and operates restaurants in Las Vegas, Los Angeles, Chicago and the Dominican Republic, is not only raising awareness for Multiple Systems Atrophy, a degenerative neurological disorder similar to, but more severe than, Parkinson’s Disease. He was also recently diagnosed with the condition, for which there is no established treatment or cure. His diagnosis was announced in a column by Robin Leach only about ten weeks ago. “Once that happened, there was this, crazy outpouring and overwhelming show of support,” Simon business partner Elizabeth Blau tells Inside F&B. “So many people saying they wanted to do something.”

Simon, once dubbed “The Rock ‘N’ Roll Chef” by Rolling Stone for his many connections to the music world, managed to assemble a list of performers that would rival a Rock & Roll Hall of Fame event, including Vince Neil, Alice Cooper, Slash, Sammy Hagar, Todd Rundgren, and Lisa Loeb, who performed separately and together, including a closing ensemble cover of the Beatles’ “Come Together.”
Considering that they donated their own food (according to Blau), the chefs certainly weren’t skimpy with what they served. The menu included thick-cut black-jack spiced lamb chops from MacPherson, Kona kampachi tacos in taro root shells from Rick Moonen (RM Seafood), and an incredible leek vinaigrette with carrot confit and soft poached quail egg from Boulud, among many other refined bites. Balanced, of course, by a healthy offering of Simon’s own “junk food platter” recreations, one of the many ways in which the chef helped kick off the creative comfort food trend. 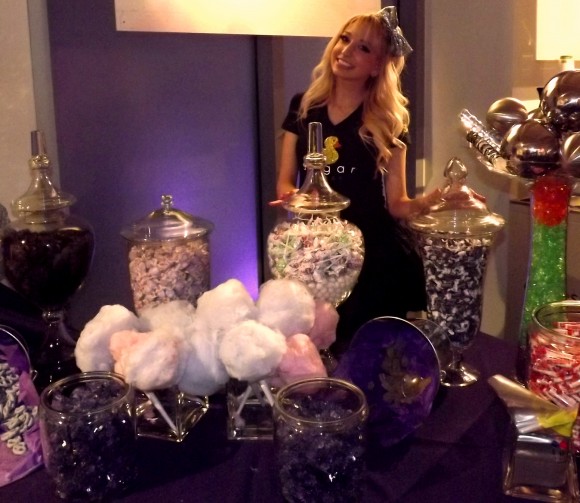 “This wasn’t some promotional event,” Blau emphasizes, noting the event came together in less than two months’ time. “Daniel Boulud flew in that morning and out the next [just so he could participate].”

Although Simon once defeated Cat Cora in an episode of Iron Chef America, in the era of celebrity chefs he has been a relatively low-key presence considering his pedigree, including running the Plaza Hotel’s Edwardian Room, earning four New York Times stars at the Drake Hotel, and having his first Vegas restaurant, Simon Kitchen & Bar, named one of “America’s Best New Restaurants” by Esquire in 2003.

“He’s always very generous, with his time and his knowledge,” Dufresne told Inside F&B of Simon, under whom the WD-50 chef worked at Vongerichten’s Prime. “He’s like my guardian angel.” 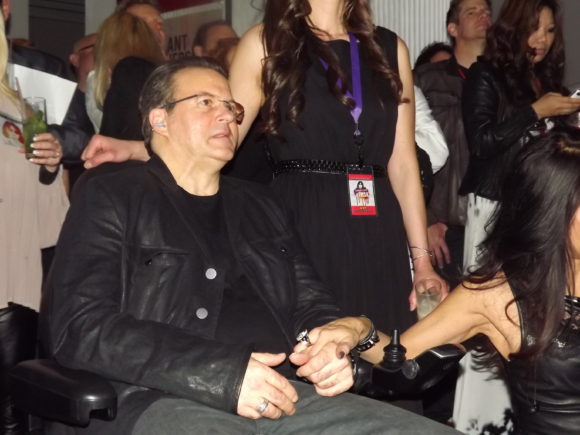 Nearly $525,000 was raised during the evening, co-organized by Simon business partners Elizabeth Blau and George Maloof, including funds from silent and live auctions. An after-party at Simon Restaurant & Lounge, with Murray and many of the chefs and rockers in attendance, went into the wee hours.

Donations to Simon Says Fight MSA can be made through Keep Memory Alive at www.keepmemoryalive.org.

THE WORD ON THE STREET