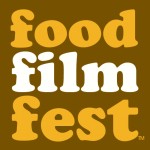 Most movies about food leave you hungry. For years filmmakers have been using food and lushly shot meals to comment on society or simply as vehicle to drive home their central theme. What better tool is there than the universality of food to convey moods, uncover cultural differences and highlight relationships? Movies like Babette’s Feast, Charlie and the Chocolate Factory, I Am Love, Ratatouille, Sideways and Tampopo, all of which appear on the Epicurious.com (www.epicurious.com) Top Ten Best Food Films list have become classics, as have individual scenes like the orgasm at Katz’s scene from When Harry Met Sally. While not yet classics, newer films like “Chef” and The Hundred Foot Journey also turned to food as the focal theme. These are all films you’ll see, and leave with some food for thought, and a hunger for a restaurant meal or a trip to the grocery store.

The Food Film Festival, which was founded in New York City in 2007 by George Motz and Harry Hawk, and has grown to include the Chicago Food Film Festival and one in Charleston as well, takes things one step further; featuring food films that don’t leave you hungry. And why not? Because audience members are fed DURING and after the film. With food and drink from and inspired by the movie they seeing. 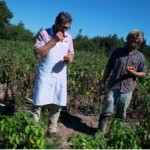 This year’s festival, the 8th annual, kicks off tonight, October 29th, with the theme, Cocina Peruana and features Patricia Perez’s film Finding Gaston, a documentary on the intersection of social change and cuisine in renowned Peruvian chef Gaston Acurio’s life. It will be followed by a chat with the director and Chef Miguel Aguilar of Brooklyn’s Surfish Bistro www.surfishbistro.com (and winner of the seventh season of Chopped) serving up Peruvian specialties like ceviche alongside some Pisco cocktails and the Peruvian lager, Cusquena (www.cusquena.com).

Later in the week you can check out films on oysters, sriracha and more. To do that you’ll want to get your tickets here and use our discount code just for our INSIDE F&B readers that offers 10% off all tickets purchased for the festival. USE CODE INSIDE10 when purchasing tickets at www.thefoodfilmfestival.com 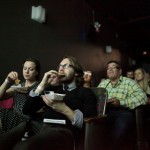 We spoke with the festival’s Executive Director, Seth Unger, to get a taste of what lies ahead for hungry moviegoers later this week.

IF&B: How did this food film festival first come about?
SU: George Motz served regional hamburgers during the premiere of his film Hamburger America in 2005. After that, he and restaurateur Harry Hawk thought, “Wouldn’t it be cool to do this for all kinds of food not just burgers?” The NYC Food Film Festival debuted in 2007.

IF&B: Why did you decide to open this year with the Peruvian film/Peruvian themed film?
SU: One of the challenges of the Food Film Fest is that the selection committee has to accept the films before we know how challenging it will be to track down the chefs and purveyors that are featured in those films. In recent years, as our festival concept is more widely understood, directors seem to have a much better understand of how the Festival works. Often, they submit films having already arranged for the featured chef to cook the dish from the film.

In 2011, we took a chance and screened a film called “Mistura: The Power of Food” by director Patricia Perez. She pulled out all the stops and brought in chefs, musicians and dancers. Patricia went above and beyond the call of duty. It was an amazing event. So after the committee selected Finding Gaston this year, and we learned it was Patricia’s film, we knew we could trust her to work with us to make it come alive for the event…and what a great way to kick things off.

IF&B: Can you expound a bit on the formula of the evening which is all inclusive film & food?
SU: Most events have 3 segments…A VIP Pre-Party, an in-theatre food-film experience and an After-Party. Tickets are all inclusive of entry, food and beverages. The driving concept is quite simple…That food tastes better when you see it on a big screen before you eat it. Our signature Taste-screenings are instantly gratifying for the guest, but very complicated to execute for the staff. We have to time food service to specific a specific frame in a film…and then do that 10 times in a row.

Also, during this culinary celebration, guests will learn about and meet the actual people who grow, harvest and cook the food. By learning their true stories of hard work and hardship, we gain a massive appreciation for who they are and what they do…and that makes it taste even better.

IF&B: In what other cities does the Food Film Festival take place?

It’s an annual event in NYC, Chicago and Charleston, SC. We’ve also done one-offs in places like Copenhagen and Connecticut. Other cities are on deck for the next few years.

SU: Most guests comment that the Food Film Fest is unlike anything they’ve ever experienced, and that they remember being present for some special moment that we created years back…like the first Lowcountry oyster roast we did in Chicago, or when we brought Keizo to America to make his ramen in-theatre (which was the launching point for his ramen burger craze that ensued). The way that we make those moments is by treating the entire guest experience, from entry to exit, as one long theatre production. What a guest sees, smells, hears, tastes…is all intentional and it all helps tell the story of the event (each of which has a different theme).

The reason that the Food Film Fest is able to do what it does is the incredible group of people that it attracts to work on it. It’s a group of creative, friendly people of all ages, from many different places who all understand that the event production they are doing is its own work of art. Though most volunteer or receive just a stipend, they each place their own heart into it and by doing that affect it in a way where the outcome is always a unique merging of both planning and happenstance. 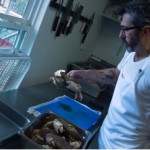 Then things get turned up a notch with a screening of Sriracha, the documentary that traces the origins of everyone’s favorite condiment. This will be the hottest Edible Adventure yet, with an after party of sriracha-inspired dishes.

Closing out the festival will be The Night Aquatic, an evening of sea-centric films that begin with a VIP pre-party hosted by Open Oyster and features all-you-can-eat oysters from Fishers Island and more. Chef Brad Farmerie (www.public-nyc.com) will be creating a dish with fresh California sea urchin alongside local oysters and crab from Alabama during the film. And at The Night Aquatic after party, enjoy wild-caught South Carolina shrimp at a huge Beaufort Stew feast. 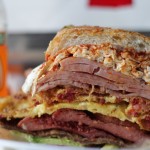 *Disclosure: INSIDE F&B Editor in Chief Francine Cohen has also served as a consultant to PromPeru and the Trade Commission of Peru in New York but said affiliation had no bearing on this story.