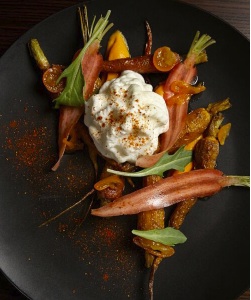 When Spago alum Kevin O’Connor realized that there was a great hole in the Santa Monica food scene, he began looking for a location to hang a shingle on his first restaurant venture. It became abundantly clear to him that the ultra-West side of Santa Monica was seriously lacking restaurants of substance. Fast forward to present day where O’Connor is currently operating aestus a California restaurant with French and Italian accents that focuses on seasonal, sustainable, creative and simplistic cuisine.

If there would be one word that O’Connor would use to describe his restaurant, it is simply “terroir.” “The concept of terroir carries the assumption that the land or site from which the grapes are grown imparts a unique character or quality specific to that growing region, area or site,” he began. “The concept of terroir is not exclusive to the wine program at aestus. Our culinary point of view is the same. We remove the notion of style and process in order to celebrate the raw and natural ingredients of every plate so our guests can experience food with definition and balance.”

With that philosophy in mind, the cocktail program followed suit. The restaurant avoids all temptation to interpret and fuse various spirits, which otherwise is all the rage in other restaurants. Instead, the program honors the classic cocktails as originally conceived and source spirits from artisanal producers who use natural ingredients with minimal processing. 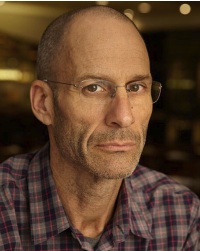 While still paying homage to the cocktail renaissance (don’t miss an opportunity for a tipple at the bar), the restaurant is devoted to its wine program, after all that is what O’Connor knows best. The idea for aestus was born after O’Connor spoke with his partners at his LIOCO Wine Company who were looking to create a companion brand to the winery and capitalize on Californians’ love of wine.

Given that California is now the largest wine market in the US, the imports are “flowing like water”, explained O’Connor. “People don’t just want what their parents or grandparents drank. They are curious and willing to try anything from Gruner Veltliner grown in Santa Barbara to Refosco from Friuli, Italy.”

O’Connor has also appointed a rockstar chef hailing from the Vendee region of France to be at the helm of his kitchen. Alex Ageneau started his culinary career at the tender age of 15 as an apprentice charcutier in France. Since then he’s worked under celebrated chefs including Pierre Gagnaire of Sketch in London, Joachim Splichal of Patina in Los Angeles and David Feau at the Langham Hotel’s The Royce.

The menu changes as frequently as Ageneau makes it to the farmers market in town. His main goal of the kitchen is to create dishes that are light, clean, bright and most importantly, approachable. “I think the menu screams California but there is also an evident French sensibility to it. We also use a lot of vegetables, fruits and grains,” said Ageneau. 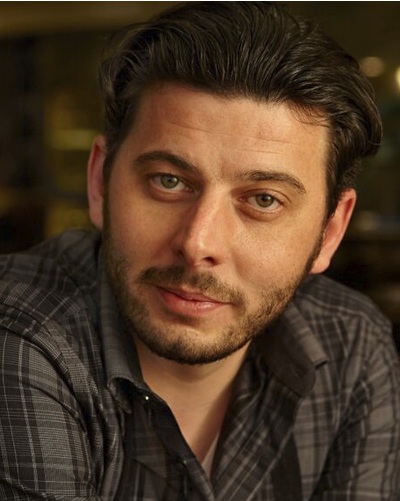 Most of the fruits and vegetables served in dishes like roasted carrots with apricots, vadouvan curry and whipped goat cheese is sourced from local farmers. For their meats, they use grass fed beef from Strauss and the lamb comes straight from Colorado. “We only use top ingredients, which are the foundation of our cuisine,” he explained.

As for what’s next for the restaurant that is quickly becoming a local hotspot, the culinary duo of O’Connor and Ageneau are hoping to expand their daily specials and monthly themed dinners throughout the seasons with special wine offerings for all.

“Kevin and I love to collaborate on food and wine pairings,” confessed Ageneau. “That’s when you get the whole aestus experience.” 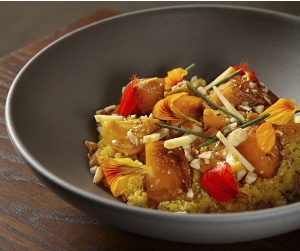