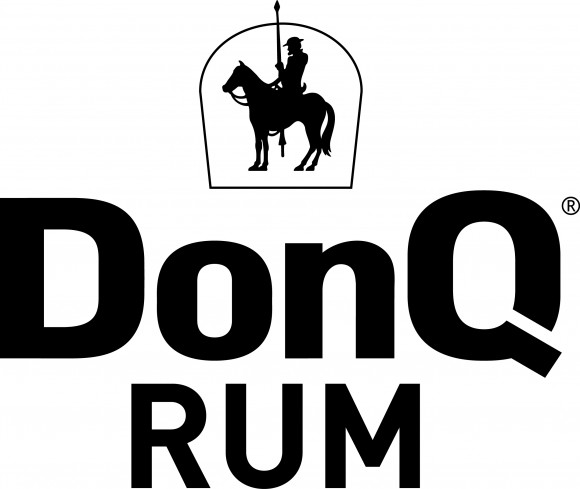 As of July 15th there was a new cap on BP’s MC252 well, effectively (at least for now) stemming the flow of oil that’s been rushing into the Gulf since the well sprung a leak. But that took them a few months to get from crisis to supposed containment and, along the way, thousands of people in the area have lost jobs due to this environmental disaster that still has an untold impact on the region.

So what can you do besides wring your hands and watch those soap commercials about the wildlife covered in oil finally getting a bath and returning to their natural habitat? Well (no pun intended)…you could come out to Tipitina’s (www.tipitinas.com) in the French Quarter on Thursday, July 22nd at 9:30 and have a few drinks ($4 each) made by some of the country’s best mixologists and sip them alongside your friends as you listen to the sounds of Cowboy Mouth (www.cowboymouth.com) and the Rebirth Brass Band (www.rebirthbrassband.com).

Oil is working its way onto the beaches and into the marshes, but hopefully, with money raised from this evening (possibly $25,000 or more), the region will see a rebirth. That’s what the folks at DonQ Rums (www.donq.com) were thinking when they set the wheels in motion for this not to be missed evening that benefits the Greater New Orleans Foundation (www.gnof.org). 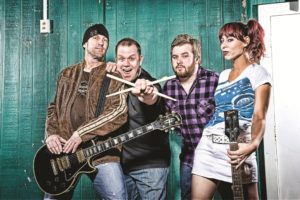 John Eason, VP National Sales Manager (and Louisiana native), was inspired by Texas bartender Mindy Kucan (Anvil – www.anvilhouston.com) to do something to help his hometown folks and reached out to local bands Cowboy Mouth and Rebirth Brass Band, both of whom were eagerly on board and willing to discount their usual fee in order to make this evening a fundraising success.

Eason remarks on bringing together some of New Orleans finest musical talent for this event that falls smack in the middle of Tales of the Cocktail www.talesofthecocktail.com when hordes of bartenders and cocktail aficionados are in town, “I’m fired up! I couldn’t have picked two better bands; they are local institutions; a big part of the New Orleans music scene. Nobody puts on a better live music show than Cowboy Mouth, and Rebirth is so much fun you can’t see straight. They came on board because they are all local New Orleans boys too. The oil spill has hit close home to them. They do a lot of charity events – they do several events a year where they are helping out other causes. And the people at Tips stepped up and reduced their rate a bit for the charity. Everybody came together for this.” 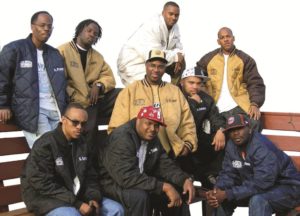 DonQ’s beverage industry colleagues such as: Monster Energy, Bluecoat American Dry Gin, EO Brands, Gläce Luxury Ice, Sobieski Vodka, Nola, Evan Williams Kentucky Straight Bourbon Whiskey, Barefoot Wine, and Ty-Ku are joining in on the effort and award winning bartenders like Hiram Avila, Bobby Heugel, Charles Joly, Allen Katz, Brian Matthys, James Menite, and Esteban Ordonez are coming together to mix drinks throughout the night. And rumor has it some other very special bartenders may make a surprise appearance too. Auction prizes for everything from a full blown cocktail party at home catered by DonQ’s ambassador, Esteban Ordonez, to New Orleans Saints gear and more will be going on the block around 11:30, just after Cowboy Mouth finishes their set. The evening wraps up with Rebirth taking the stage at midnight.

Eason is thrilled to have these two great bands collaborating with him to raise funds and have some fun and expects this to be a memorable evening. But he soberly remarks,” I think what’s important is that everyone understands the depth of the damage of the oil spill. It effects what we eat and what we drink. The people who are out of work as result of this spill are really struggling. Most people think that shutting the drilling down is a good thing. I’m thinking there were 10,000 jobs lost in New Orleans as a result of deep water drilling coming to a halt. As we’re fuming, we also need BP. We need BP to have a better process, and a safer process. This is how Louisiana makes its livelihood; tourism effects part of the state, shipping supports part of it, but when you turn off drilling you turn off the financial engine.

Make a donation and get your tickets. At just $10 a piece it’s an easy way to make sure that engine keeps running.

Buy your tickets at: http://www.ticketweb.com/t3/sale/SaleEventDetail?dispatch=loadSelectionData&eventId=2524105&pl=tipitinas