Michelle Obama’s “Let’s Move” initiative (www.letsmove.gov) has a new weapon in the fight against childhood obesity: America’s restaurant chefs. Launched in February, Obama’s program partners with professional chefs to visit public school classrooms and teach schoolchildren to create fun, healthy dishes themselves. However, in a September 16th address to the National Restaurant Association, the First Lady said these restaurant chefs who serve as role models must do more.

Obama began her address with an unsettling statistic, “The meals [kids eat] in restaurants have twice as many calories as the meals they eat at home.” Larger portions and an emphasis on pleasing young, often picky, palates lead to kids’ menus crammed with chicken fingers, grilled cheese sandwiches, and other “sugary, fatty, salty foods.” However, the First Lady had more than reproach for the restaurateurs of America. “In the restaurant industry, creativity is your life blood,” she told the crowd. “It’s what sets you apart from the competition and keeps customers coming back for more. And today I am asking you to use that creativity to rethink the food you offer–especially dishes aimed at young people. And to help us make a healthier choice, the easier choice.”

Chefs have long been aware of the problem of children’s nutrition—the catch-22 between getting kids to eat healthy and getting kids to eat at all. According to Chef Ben Ford of Ford’s Filling Station in Culver City, CA (www.fordsfillingstation.net), “Kids enjoy the foods that you give them”—provided that you start them early on the good stuff. “I believe in not babying kids through their investigations of food,” Ford says. “I don’t want to stifle them or retard them.” Therefore Ford’s Filling Station doesn’t have a separate children’s menu, though kids are welcome and encouraged to try the braised rabbit, fish and chips, polenta cake, or whatever else strikes their fancy. And according to Ford, the children of Culver City are delighted to oblige—the early seatings at Ford’s Filling Station can see as many as twenty children at once. 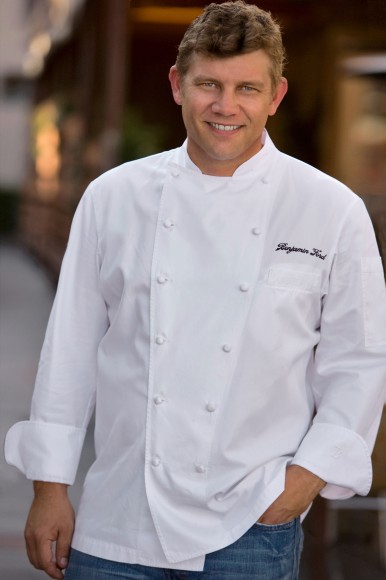 “There are a lot of young kids out there who are way ahead of their parents as far as taste buds are concerned,” says Ford, adding that the restaurant has “a real foodie kid following.” Ford is happy to have young people in the dining room because he knows that the child foodies of today are very likely to be tomorrow’s customers.

However, he acknowledges, “It’s a luxury to raise a child free from any chicken nuggets, fried fish fingers, or pizza. It isn’t easy for every parent in the world to provide healthy food for their kids all the time.” And, as Marc Murphy, chef of New York’s Landmarc, (www.landmarc-restaurant.com) puts it, “Unfortunately, there is the three or the four year old who will not eat anything but a chicken finger.”

And that child needs to eat too. Hence the playful, dependable kids’ menu at Landmarc, where children can order anything from a simple bowl of cereal (Lucky Charms, Cheerios, or Captain Crunch) to a petit filet mignon with green beans.

Murphy’s motives come down to business; “I would rather have [a picky child] actually eat something and the parents spending money in my establishment.” The scope of the dishes on Landmarc’s kids’ menu allows the parents of chicken-finger-tarians to be sure that everyone finds something they enjoy and more adventurous young eaters to find a kid-sized portion of delicious “real” food.

Whether they cater to adventurous palates or not, chefs agree that the majority of America’s children have a less-than-perfect relationship with food. As D.C. restaurateur José Andres (www.thinkfoodgroup.com) puts it, “the richest country” in the world hasn’t yet learned “how to fight both hunger and obesity” in its young people; programs like Mrs. Obama’s steer away from policy and towards practice, and chefs are pleased. “It’s nice that it’s the First Lady who’s doing this, and it’s not becoming another mandate from our government,” says Murphy.

The goal of the First Lady’s initiative intersects with those of parents and chefs: to raise kids on healthy, interesting food from the get-go. There’s a general consensus—even among moms and dads—that picky eaters become picky, then pickier, because adults indulge their every whim; as Ben Ford puts it, “it all starts with the parents.”

However, the food parents are feeding their kids at home is far from the only factor contributing to their kids’ health or culinary boldness. “We need to figure out how to feed thirty million school kids” in a responsible way, says Andres, and chefs can contribute enormously. “Let’s Move” has been organizing classroom visits by chefs who then lead hands-on cooking classes, making cooking healthy things fun and exciting; in this way public schools can work with private restaurateurs to make eating a conscious choice for children. 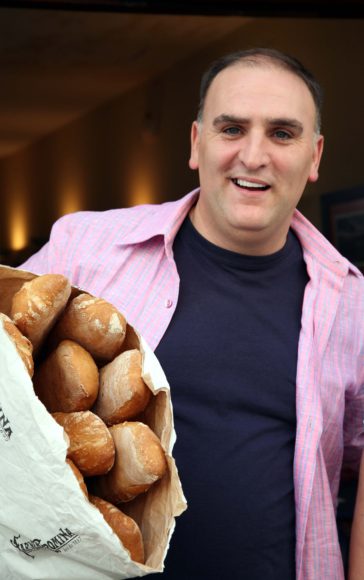 Chefs have been jumping at this opportunity since long before the first lady introduced “Let’s Move” last February primarily because they truly want to help—both in the classroom and in the dining room. “We could easily hide a pound of butter in our food if we wanted to and make it really good,” says Ford. “But we want the kids that come in to eat healthy food.”