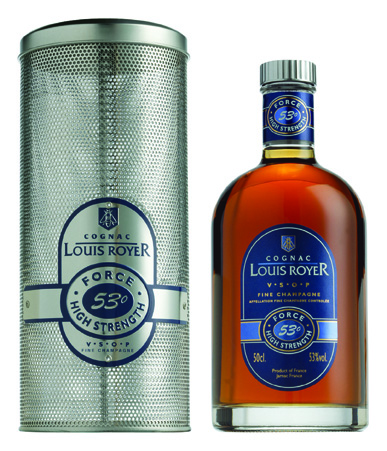 Hanna Lee Communications, an award-winning agency specialized in spirits, food, wine, and lifestyle PR and event management, announced the 12 finalists of the first annual “Show Me the Proof!” High Proof Cognac Cocktail Competition for professional bartenders and mixologists. The competition, hosted by Hanna Lee Communications and the first of its kind, spotlights the seasonal mixability of Louis Royer “Force 53” VSOP Fine Champagne Cognac, one of the highest proof Cognacs in the U.S. market today.

Exemplifying the current trend of over-proof spirits achieving popularity, more than 100 recipes celebrating the four seasons were received via ShakeStir.com from bartenders and mixologists from across the U.S.

The competition will culminate on Wednesday, September 19, 2012, when the finalists will each demonstrate their cocktail at a finale event at Rayuela Restaurant in New York City. The judging panel is Dale DeGroff (“King Cocktail”), the legendary master mixologist and reviver of the craft cocktail; Paul Pacult, the noted spirits critic and writer; Steve Olson, founder of aka wine geek and an accomplished spirits expert/educator; Jack Robertiello, a widely-respected spirits and cocktail writer; Carrie Keagan, TV show host and cocktail enthusiast; and, Louis Royer Cognac’s Master Selector Jérôme Royer, a fifth-generation Royer family member.

“With ‘Force 53,’ Louis Royer Cognac has firmly placed itself at the forefront of the high proof spirits trend,” said Philippe Pichetto, Marketing Director, Louis Royer Cognac. “This robust yet elegant spirit allows bartenders to more accurately recreate legendary Cognac cocktails from the past and inspire a whole new generation of classics. High proof spirits are here to stay as part of the modern bartender’s expanded repertoire of liquors behind the bar.”

The competition’s Grand Prize includes a one-week, educational trip to France for the winner and a guest to visit Louis Royer Cognac’s cellars in Jarnac and experience the 16th Fête du Cognac Festival, as well as two nights in Paris. Second and third place winners will each win a cash prize of $1,000.

“The notion of Cognac as something to sip during the winter après ski or in front of a roaring fireplace is lovely, but limits the spirit’s year-round tippling potential,” said Hanna Lee, president and founder, Hanna Lee Communications. “The recipes submitted to the competition pay homage to the spirit’s wintery heritage and expand the possibilities of spring, summer and fall imbibing.”